Speakerboxxx / The Love Below

The lead single from the project was the infectious “Hey Ya!” whose Ed Sullivan Show-inspired music video was one of the most memorable of the decade. The song hit number one on the Billboard Hot 100, as did “The Way You Move,” Big Boi’s lead single from Speakerboxxx.

The project has been certified diamond and 11 times platinum by the RIAA. It came together after André 3000 took a brief hiatus to try his hand at acting. Not finding much success in Hollywood, he promptly returned to music and started on a solo project that combined funk, soul and jazz—a departure from OutKast’s earlier work.

He began recording The Love Below in his home. In an interview with XXL, he explained the benefits of not working in the studio: “It didn’t start in the studio because if you have a bunch of people around, they’re coming from the party and I’m in there singing falsetto… those vibes didn’t match.”

Big Boi hopped on the project with a similar vision. “The idea was just to keep it funky, keep it jamming, it’s always bass-heavy.” The two eventually moved to their Stankonia Studios in Atlanta to finish the project. By the end of its conception, André 3000 had been working in four separate studios—it’s estimated that a total of 120 songs were recorded for the double album.

The album was incredibly well-received and won the Album of the Year Grammy Award in 2004. Critics speculated as to why they were recording separately, but both albums were described as “visionary, imaginative listens, providing some of the best music of 2003, regardless of genre.” 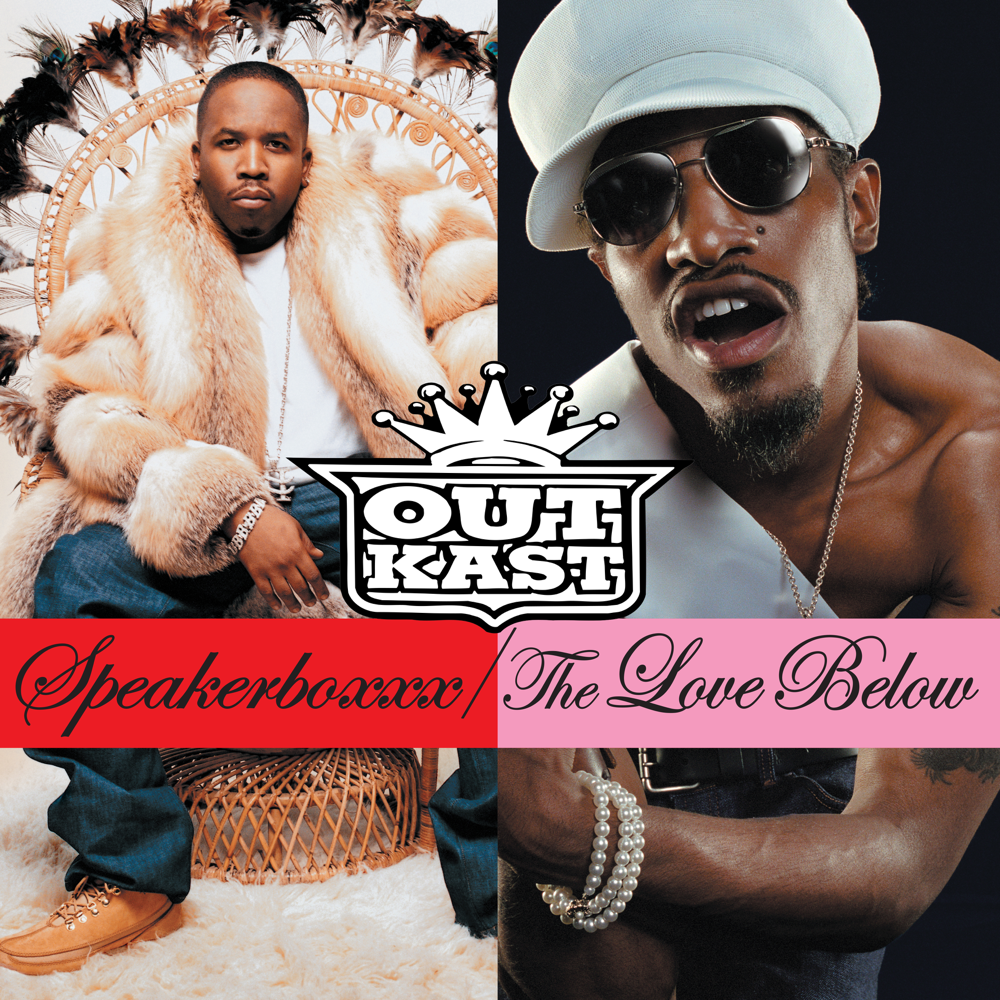