Moana is Disney’s 56th animated motion picture and was released in 2016. It follows the story of Moana, the daughter of a Polynesian village chief, who is chosen by the ocean to return a mystical pounamu stone – the heart of the life-giving goddess Te Fiti – which was stolen by the demigod Maui. When blight strikes Moana’s island, a result of the loss of Te Fiti’s heart, Moana sets out to find Maui and have him return the heart before her island is completely consumed by darkness.

For the soundtrack Disney wanted to combine traditional South Pacific culture with pop and Broadway styles. To this end they hired songwriter and composer Lin-Manuel Miranda of Hamilton fame, composer Mark Mancina, and Tokelauan singer-songwriter Opetaia Foa'i. The lyrics for the songs are in the Samoan, Tokelauan, Tuvalu, and English languages. The first song completed was “We Know the Way”, which Foa'i began after his first meeting with Disney in December 2013.
The score was both composed and produced by Mark Mancina. Wanting to have an authentic South Pacific sound that matched the songs and stayed faithful to the film’s setting, Mancina wrote the score to have Western elements but also heavily feature instruments from the South Pacific such as woodwinds made from bamboo from the region and traditional drums.

The soundtrack received overly positive reviews and has gone Platinum with over 1,000,000 copies sold (over 510,000 copies have been sold in the US alone). The song “How Far I’ll Go” was nominated at the 74th Golden Globe Awards for Best Original Song and also received a nomination for Best Original Song at the 89th Academy Awards. In 2018 the song won the “Best Song Written for Visual Media” Grammy Award. Also in 2018 the soundtrack won Billboard’s 2018 award for Top Soundtrack. 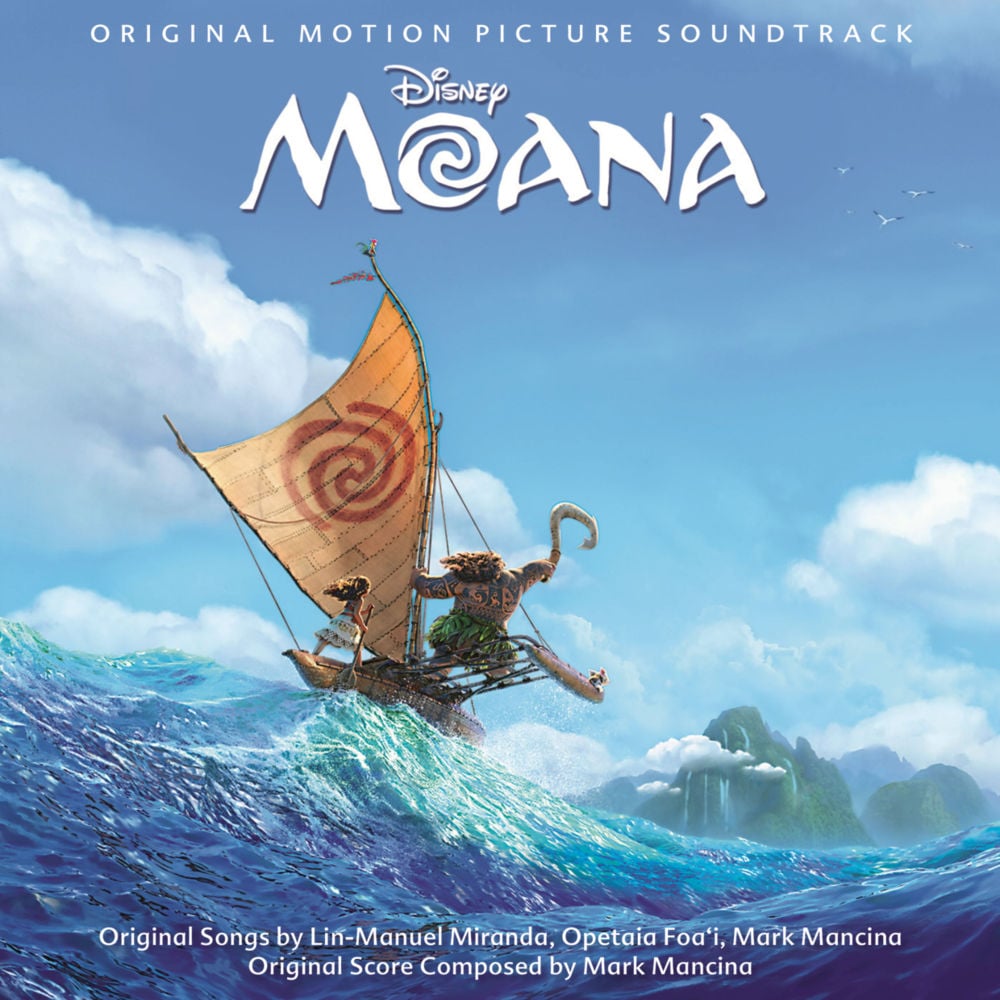