Best Kept Secret is an EP by J-88 (an alias for Slum Village). Released prior to Jay Dee’s departure from Slum Village, the album has been described as the missing link between the acclaimed Fantastic 1 and Fantastic 2, and also includes a few exclusive remixes by producers Madlib, and IG Culture. Although much of the material was previously unreleased, two of the tracks, “The Look Of Love Pt. 1” and “Keep It On”, remain virtually unchanged from the versions found on Fan-Tas-Tic (Vol. 1). Fan-Tas-Tic (Vol. 1) had only been released in vary limited quantities at the time and was not available to the larger public. 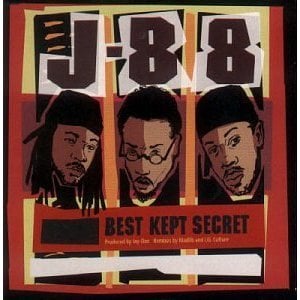