Humanz is the fifth studio album from virtual British band Gorillaz, released on April 28th, 2017 through Parlophone and Warner Bros.

On January 19, 2017, one day before Donald Trump’s inauguration, the first single from the album, titled “Hallelujah Money,” dropped. It was Gorillaz' first new music in six years, which they released after a cryptic social media campaign in late 2016.

On March 19, 2017, Reddit user “omegapro200” discovered password-protected Vimeo videos uploaded by Dylan Byrne, who was in charge of Gorillaz’s stage lighting. The videos, protected only with the password “2017,” contained the full audio for “Saturnz Barz” and “Busted and Blue,” along with snippets of “Submission,” “Charger,” and “Andromeda.”

On March 23, the Humanz album title and release date were revealed. Damon Albarn premiered “Andromeda” and “Saturnz Barz (Spirit House)” on BBC Radio 1, and mentioned how Humanz started in early 2016 as a “dark fantasy [about] the weirdest [most] unpredictable thing happening that changes everything about the world.” Although initially Donald Trump was what sparked the thought, the album is not about him specifically, and all mentions of his name have been removed from the music, “I don’t want to give the most famous man on earth any more fame, particularly. He doesn’t need it!“ He explained that they chose Humanz instead of Humans because ”[humanity is] in transition. We’re turning into something else."

On April 6, Gorillaz premiered “Let Me Out” as a single on Beats 1 Radio.

On April 19, a user of reddit named JaganBSlamma made a post revealing that a friend of his had found an early copy of the standard vinyl edition of the album. Later that night, an online rip of the standard version of Humanz went live for download on the internet.

Like other Gorillaz albums it features a large number of collaborations and guest artists, however Humanz includes more female artists than previous works. In an interview with Entertainment Weekly, Damon Albarn, one of Gorillaz’s co-creators explained his goal to include more women in the new release.

I wanted it to be more balanced. Because if we were going to call the record Humanz, I had to. On the last record, we had people like Bobby Womack and Ibrahim Ferrer and Ike Turner who, musically, are patriarchs. I wanted to work with some matriarchs.

The album title was initially Transformerz, but was ultimately scrapped after Albarn’s daughter pointed out that it might garner confusion with the franchise and film series of the same name.

The standard version of the album contains 20 tracks, while the deluxe version adds six bonus tracks and the super deluxe vinyl set adds another 14. 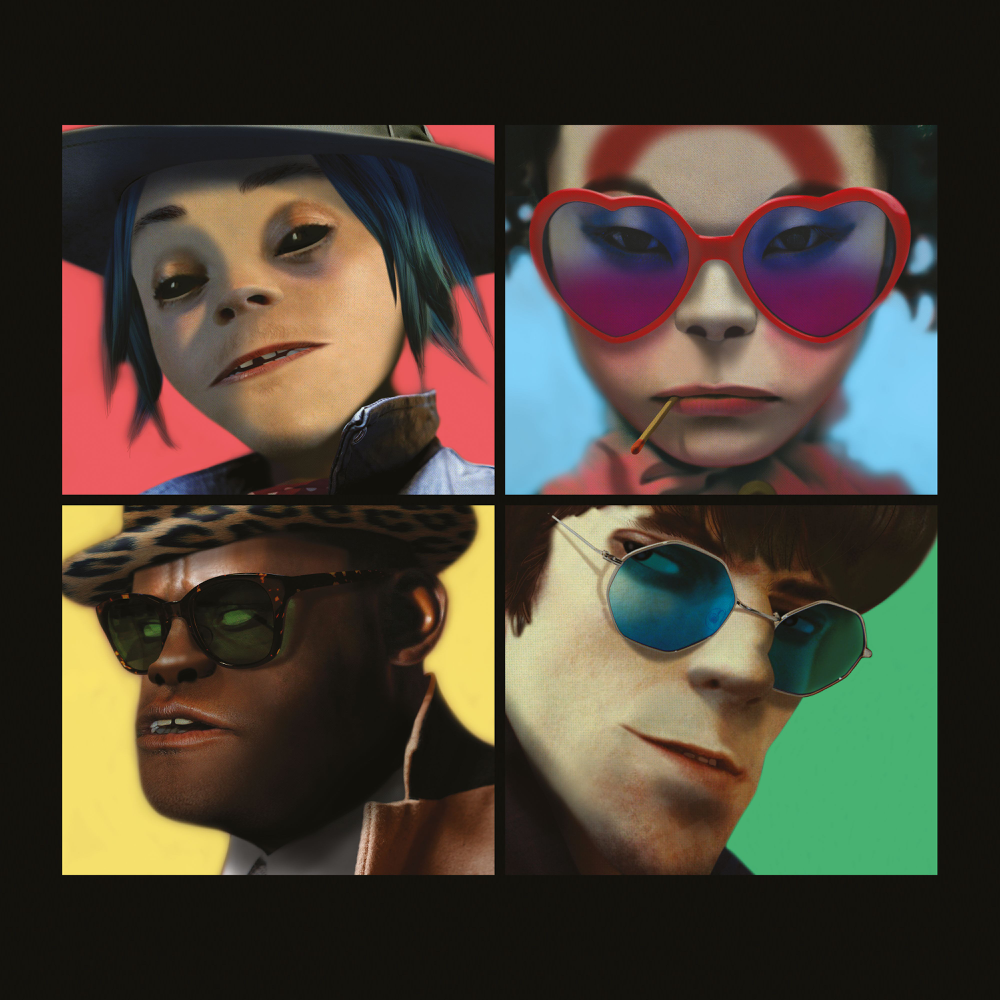