More serious than other Gilbert & Sullivan works, this operetta was based on Gilbert’s adaptation of Lord Tennyson’s epic poem The Princess. Gilbert’s usual formula of mistaken identities and magic objects couldn’t be applied to the story, and for this reason it appealed to Sullivan, who had been knighted the previous year. This is the only G&S operetta in which the dialogue is written in blank verse.

The play debuted in January 1884, with a dangerously ill Sullivan rousing himself from his sickbed to conduct the premiere. Despite his efforts and a warm first-night reception, the show was received tepidly by critics and had one of the shortest theatrical runs that Gilbert and Sullivan had ever known. 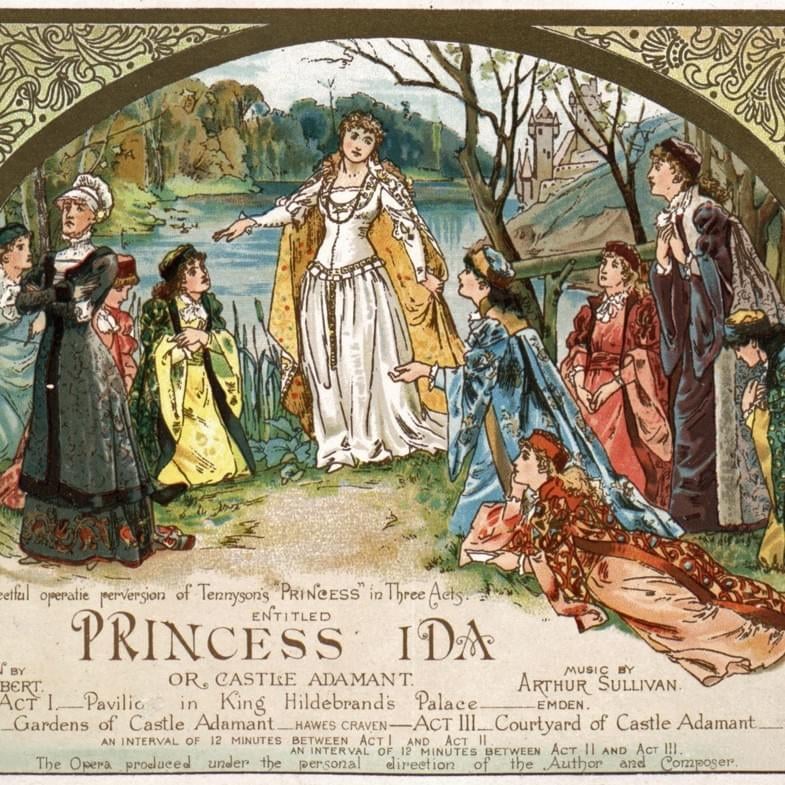