Jumbie in the Jukebox

Jumbie in the Jukebox strikes the perfect balance between tradition and innovation, with a sound that is both timely and timeless. The band’s sizzling musicianship compliments Gonsalves’ remarkable lyrics, arch observations of the best and worst aspects of human nature.

“Ivan and I wanted this album to be a statement about our Caribbean musical heritage and its enduring relevance… and we wanted to find a new voice for our music which could draw on and depart from tradition,” he continues. “We made a conscious effort, but one that was quite natural in its own way, to make the music different, a bit more intense. This album is a small, heartfelt tribute to the spirits – both remembered and forgotten – who have gone before us, whose songs and sounds have never lost their power to enchant.”

The album was recorded between Montreal, Trinidad, Belize and the band’s home base in Toronto. “The recording was like a songwriting session,” Gonsalves says. “Some things came in a flash of inspiration, some came drip by drip, with a lot of crafting and rethinking before the final result. Ivan has a lot of old equipment. Guitars with that twangy 1930s sound, horns with a monophonic quality, stuff that matched the sounds of the calypso albums of the 50s and 60s. It made me think of a jukebox haunted by a jumbie that spits forth various sounds from different eras of Trinidadian music.” 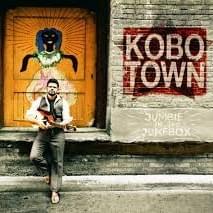