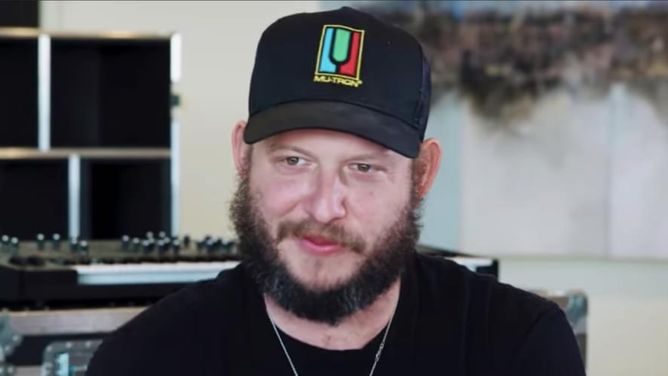 Although Playboi Carti is known for his shape-shifting voice, the opening vocals on his Whole Lotta Red song, “F33l Lik3 Dyin,” don’t belong to him. Instead, they’re taken from Bon Iver’s 2019 song, “iMi,” with both Justin Vernon and his longtime friend and collaborator Mike Noyce lending a hand. It’s produced by Jay Kreased, Roark Bailey, and Richie Souf.

Noyce’s voice is the first thing fans hear on the record, with him singing:

All my lifeIni wasOoh, mine was a lover of a wrong kind (Boy)Keeping what you telling meI know mine

Vernon’s vocals pop up on the song’s second and fourth verses interspersed with Carti:

Bon Iver is no stranger to hip-hop; Justin Vernon works extensively with Kanye West, and also collaborated with artists like Eminem, Kid Cudi, and Chance the Rapper. The song Carti samples, “iMi,” served as the fifth single from Bon Iver’s 2019 album, i,i.

Vernon previously told The New York Times how the song came together over the course of several years and multiple collaborators: