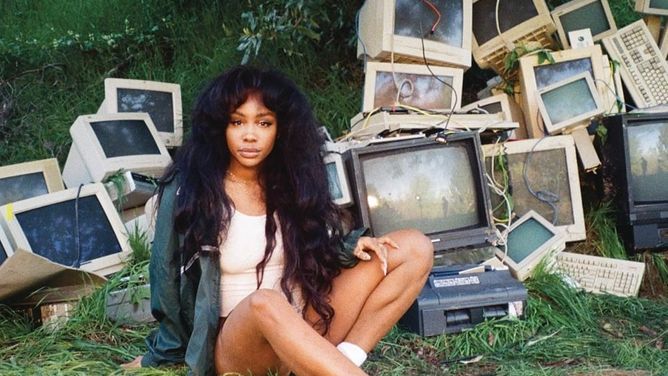 SZA Says ‘Ctrl’ Wasn’t Meant To Be A Curated Commentary On Womanhood: “I Was Just Talking My Sh-t”

It’s been almost four years since the release of SZA’s beloved album, Ctrl, and while the TDE singer is getting ready for a new project, she’s also looking back on her accomplishments. In a new interview with Cosmopolitanundefined, SZA reflected on the rapturous reception to her debut album and how its raw, personal themes about relationships and self-worth came about by accident.

“The subject matter, I guess, ended up seeming like this highly curated journey through female adolescence and adulthood,” SZA told Cosmopolitan. “That was not intentional. I was just talking my sh-t.”

SZA has spoken extensively about the project’s fraught recording process, where her inability to choose between hundreds of songs led to her label confiscating her hard drives. After its release, she found herself confused by the warm reception.

“I didn’t even f-ck with my own album, so I was so confused and almost, like, angry that everyone f-cked with it so much,” she told The FADERundefinedundefined in 2018. “It meant everything I felt about myself was wrong. And it was just like, If that’s not the truth, then what is the truth?”

SZA explained to Cosmo that she found peace after being snubbed at the 2018 Grammys despite five nominations. “It’s not a heavy burden,” she said. “Once you’ve been nominated and lost, you’re very much free because you’re not concerned. I passed that threshold years ago—it’s an old energy to me. Why would I be mad?”

Her new single, “Good Days,” recently debuted at No. 38 on the Billboard Hot 100 chart. Although she’s still tight-lipped about when to expect her Ctrl follow-up, it sounds like the process is coming along at her own pace.

“Sometimes you just want to make something f-cking awful just to rage against the system, but that’s not where I’m at,” she said. “In this space, I just want to do what I want without any pressure, without any hyper-conversation about it.”

Read SZA’s full Cosmopolitanundefinedundefined interview here and catch up on all the lyrics to Ctrl on Genius now.