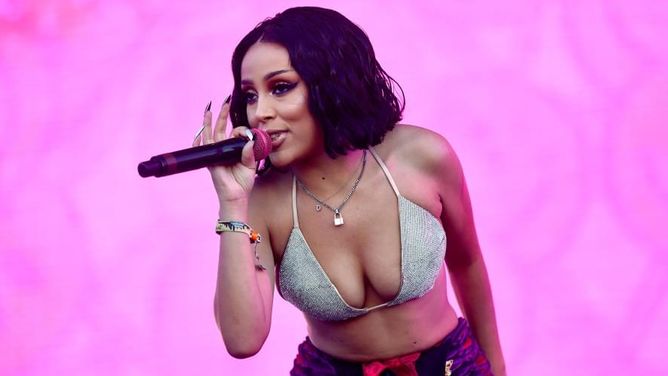 After experiencing massive breakout success with the release of her late-2019 album, Hot Pink, Doja Cat is gearing up for her next album in 2021. The project, which she recently revealed will be titled Planet Her, is set to drop this year and could help the California rapper reach a new level of popularity after a huge 2020 that saw her earn a No. 1 hit with “Say So” and collaborate with the likes of Nicki Minaj, Ariana Grande, and The Weeknd.

To help fans keep track of the latest updates, Genius rounded up everything we know about Planet Her below:

There is no official release date for Planet Her yet, but it is expected to drop within the next few months.

Doja Cat has yet to reveal the project’s official artwork.

There are several songs Doja has previewed that could end up on Planet Her. Doja released the Paul Anka-sampling single, “Freak,” on commercial streaming services in August 2020, nearly two years after the song first appeared on her SoundCloud:

She’s repeatedly teased a song titled “N-ggas Ain’t Sh-t,” which took on a life of its own last May thanks to TikTok. It already has over 250,000 pageviews on Genius without an official release:

She’s also shared snippets of tracks like “Up & Down” and “Payday” that fans think could be on the project.

On January 5, Doja Cat tweeted a message about the accounts she follows:

“I’m always kind of winging it,” she told MTV about her recording process back in August. “But I have my album coming. I can’t say when. But that’s pretty much it. I really want to make it a surprise. I don’t want to say too much. It’s very similar to Hot Pink in the sense that each of the songs do have their own personality to them, and sound. It’s not gonna be perfectly consistent. I’ve never been anyway. But I definitely wanted to kind of have fun and just do that again.”

During the interview, Doja broke down some of the genre inspirations. “We have some dancehall stuff on there, and some afrobeats stuff. We have some funk, house kinda stuff,” she said. “I’m trying to cover all bases is what I’m saying. I’m having a lot of fun doing this album and I can’t wait for people to hear it and I think my fans are excited.”

Genius will continue to update this post as more information becomes available.