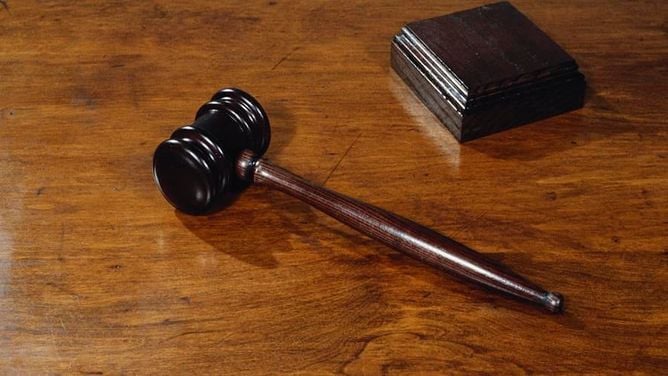 In a recent court case, a Maryland Court of Appeals ruled that rap lyrics may be admitted in court as evidence of a defendant’s guilt.

The case involved the January 2017 killing of George Forrester, who was shot after trying to buy cocaine with a fake bill. A witness identified the shooter as 27-year-old Annapolis native Lawrence Montague, who was then indicted for murder. Three weeks before trial, Montague recorded a rap verse using a jailhouse phone, which was then uploaded to Instagram, where he rapped:

I’ll be playin’ the block b-tchAnd if you ever play with meI’ll give you a dream, a couple shots snitchIt’s like hockey pucks the way I dish out thisIt’s a .40 when that b-tch goin’ hit up sh-t

At Montague’s trial, the State of Maryland used lyrics from his jailhouse rap as evidence of Montague’s guilt. He was convicted and sentenced to 50 years for second-degree murder and use of a firearm in a crime of violence. Montague appealed his case only to have the Court of Appeals rule in favor of using a work of art as evidence against him.

“While rap lyric evidence often has prejudicial effect as improper propensity evidence of a defendant’s bad character, those concerns are diminished when the lyrics are so akin to the alleged crime that they serve as ‘direct proof’ of the defendant’s involvement,” wrote Judge Joseph Getty, who penned the majority opinion for the seven-member panel.

The judge also noted the lyrics were recorded three weeks before the trial, threatened “snitches” like the one testifying against him, and mentioned .40 caliber bullets that were used in the murder.

The court’s opinion included a dissent by Judge Shirley Watts, who noted that the ruling “essentially permit rap lyrics containing generic references to violence to be admitted into evidence despite the danger of unfair prejudice substantially outweighing any minimal probative value of the evidence.”

Watts was not the only person who took issue with the ruling. Writing in Varietyundefined, veteran music industry attorney Dina LaPolt called the ruling a “blatantly racist decision is a travesty that sets a dangerous precedent.”

Meanwhile, Tyler Mann, Montague’s attorney at trial, told Courthouse Newsundefined using the lyrics was a smart strategy for the prosecutors before adding, “There was scant other evidence in the case.”

The use of rap lyrics in court is an ongoing issue in America. It has come up in high-profile cases involving rappers like 6ix9ine and YNW Melly. Genius News previously broke down how lyrics have landed rappers in jail.

You can read the full judicial opinion on Montague’s case here.