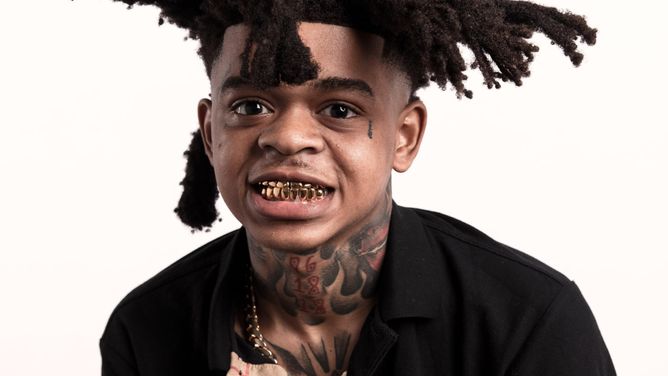 Florida Rapper SPOTEM GOTTEM Is Blowing Up With “BeatBox 2”

January is usually the perfect time for a rising artist. December is typically a busy season for fans to catch up on recommendations from year-end “Best Of” lists and high profile artists often drop hotly anticipated projects, but from Christmas and New Years through the early part of the year, there is usually a lag in major releases. That lag may be benefitting 19-year-old Florida rapper SpotEmGottem, who released the video for the Pooh Shiesty-assisted “Beatbox 2” on December 18th and has already racked up nearly 4 million views on YouTube.

SPOTEM GOTTEM has been releasing music for the past few years, but Genius data reveals that there’s been an uptick in interest in him following the release of “Beatbox 2.” He averaged 300 searches per day on Genius in November and early December 2020, but has averaged 1,400 per day since dropping “Beatbox 2.” For the past two weeks, he hit a new all-time high every single day.

In an email, SPOTEM told Genius he was born and raised in Jacksonville, Fl. and got into rapping through his uncles, who recorded their own raps out of a studio garage. He cites Chicago rapper Chief Keef as one of his main influences.

Even though “Beatbox 2” is raising his profile, it’s not his biggest song. The original version, “Beatbox,” has 10 million views on YouTube—six million of which accrued prior to the release of the sequel—and another 2.8 million streams on Spotify. But they’re essentially the same song, sans the Pooh Shiesty verse. The Genius songpages for both tracks combine to over 40,000 pageviews. Fans have gravitated to one line in particular in SPOTEM’s verse, where he distorts his voice (not unlike Playboi Carti’s baby voice) at the end of his bar:

Oh, he the plug, riding round with 4 bricksCall me Kobe, 24 Kobe

“Beatbox 2” appears on SPOTEM’s 2020 project, Final Destination, which features two other rising Florida rappers, Jackboy and Hotboii. The three rappers, alongside artists like Rod Wave, suggest we may be on the brink of a new era of Florida rap.

Read all the lyrics to SPOTEM GOTTEM’s “Beatbox 2” on Genius now.