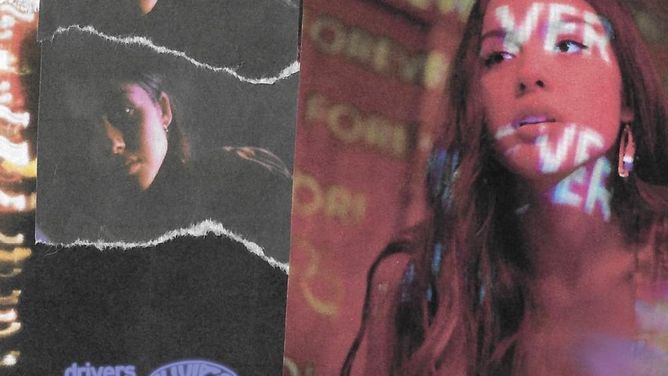 Olivia Rodrigo first made a name for herself as the star of Disney’s Bizaardvark and High School Musical: The Musical: The Series, and now she’s looking to make the time-honored transition to the pop world. This week, she dropped her debut single on Geffen Records, “driver’s license,” and it’s already made a massive splash thanks to the headline-baiting subject matter and a cosign from Taylor Swift.

The song is produced by Dan Nigro, who co-wrote the track with Rodrigo. In a press statement, she explained that the song was inspired by a “heartbreak that was so confusing to me, so multifaceted.” Although she hasn’t spoken about who the song addresses, many fans have interpreted it as a reference to her HSM co-star Joshua Bassett, who is now believed to be dating singer Sabrina Carpenter. Rodrigo and Bassett were rumored to be an item in 2019 during their tenure on the show.

Several lyrics seem to point in this direction, including a reference to a “blonde girl” who is several years Rodrigo’s senior (Carpenter is 21 to Rodrigo’s 17):

Rodrigo also references a song written about her, potentially one of Bassett’s 2020 songs like “Common Sense” or “Anyone Else”:

Guess you didn’t mean what you wrote in that song about me‘Cause you said forever, now I drive alone past your street

The song exploded in popularity over the weekend, placing Rodrigo next to Taylor Swift on iTunes' Top Songs chart. After she posted about being in the company of her musical idol, Swift offered a co-sign. “I say that’s my baby and I’m really proud,” she wrote. Swift previously praised Rodrigo for her 2020 cover of “Cruel Summer,” writing “THE TALENT. Love This!!! Thanks for this beautiful performance” in an Instagram story.

Rodrigo is now set for a massive debut on the Billboard Hot 100 next week, with the potential to go straight to No. 1. She’s already racked up over one million pageviews on Genius in just four days and currently sits at No. 1 on the site’s Top Songs chart. With such a huge outpouring of interest in such a short time, “driver’s license” is already proving to be an auspicious start to Rodrigo’s pop career.

Read all the lyrics to Olivia Rodrigo’s “driver’s license” on Genius now.