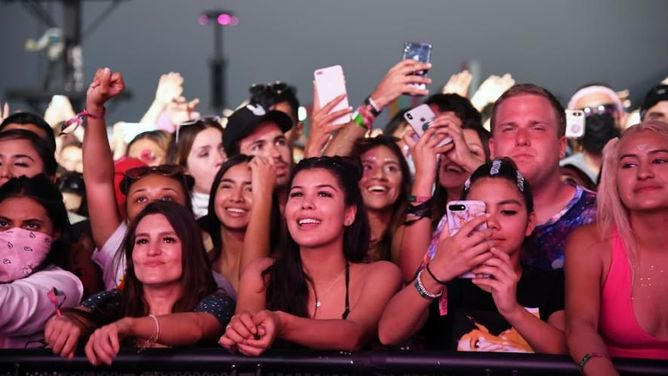 Dr. Anthony Fauci, the United States' top infectious disease expert and the government’s face of the COVID-19 pandemic response, thinks fans could be back at concerts later this year. According to The New York Timesundefined, Fauci leveled the prediction while speaking at a conference held by the Association of Performing Arts Professionals. He estimated that the US could see arts and entertainment venues reopen by this fall.

“If everything goes right, this is will occur some time in the fall of 2021,” said Dr. Fauci. “So that by the time we get to the early to mid-fall, you can have people feeling safe performing onstage as well as people in the audience.” He suggested that mask-wearing and social distancing could be the norm for some time, but that if the vaccine rollout goes as planned, “I think you can then start getting back to almost full capacity of seating.”

These predictions are in line with estimates first made by experts in April 2020. The timeline depends on the country’s vaccine rollout, which is already behind schedule, although ramping up after a slow start.

Some states have allowed concerts and nightclub performances despite the pandemic, while others have experimented before backing off due to the risks of disease transmission.

The live event industry is estimated to have lost $14.8 billion due to the pandemic, with one-third of arts and cultural organizations laying off staff. The recent pandemic relief bill, which President Trump signed in late December, included $15 billion for live entertainment venues and companies, intending to help them survive until they can welcome back audiences.