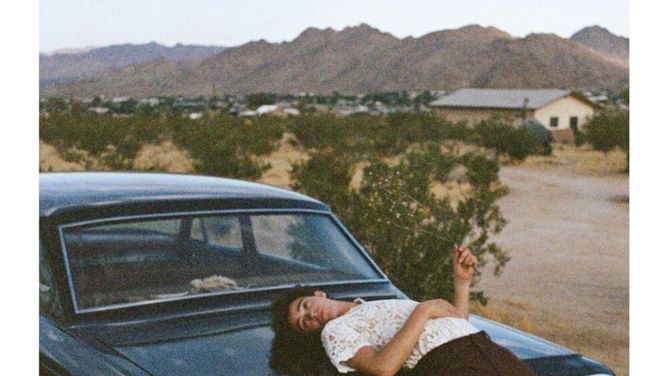 With his High School Musical: The Musical: The Series co-star Olivia Rodrigo headed to a potential No. 1 debut next week with “driver’s license,” Joshua Bassett’s latest single is also attracting attention. The Disney star’s new song, “Lie Lie Lie,” rocketed to No. 1 on the Genius Top Songs chart shortly after its release, with many fans theorizing that it’s a response to Rodrigo’s new hit.

While it’s tempting to view the back-to-back releases as a response to one another, the facts don’t seem to fit that narrative. Bassett shared the already-completed song on Instagram in November 2019, well over one year ago. They never went public with their relationship, but rumors of Bassett and Rodrigo’s alleged breakup didn’t surface until mid-2020, months after the song was written. He also shared a note on his Instagram saying it’s about a friend that betrayed him:

I wrote ‘Lie, Lie, Lie’ after I found out a friend had been lying about me behind my back for a long time. It always sucks to hear that someone you thought you could trust would throw you under the bus when it benefits them. It happens to all of us, and I think all you can do is seek out people that build you up rather than tear you down.

Although Bassett’s “Lie, Lie, Lie” doesn’t seem to be a response, fans are understandably trying to unpack the lyrics after the release of Rodrigo’s song, which clearly points towards their alleged relationship.

On the track, Bassett sings about a betrayal. Based on his use of the word “darling,” it does seem to be about a woman:

So they told me all the things that you saidRunning all over my name, oh-oh-ohAnd you’re acting, oh, so innocentLike I’m the only one to blameYou’ve been lying to yourselfLie to everyone elseOnly thinking ‘bout yourselfDarling, what the hell?

It’s the first single from Bassett’s upcoming self-titled EP but he already launched a solo career as an artist with songs like “Common Sense” and “Anyone Else.”

Read all the lyrics to Joshua Bassett’s “Lie Lie Lie” on Genius now.