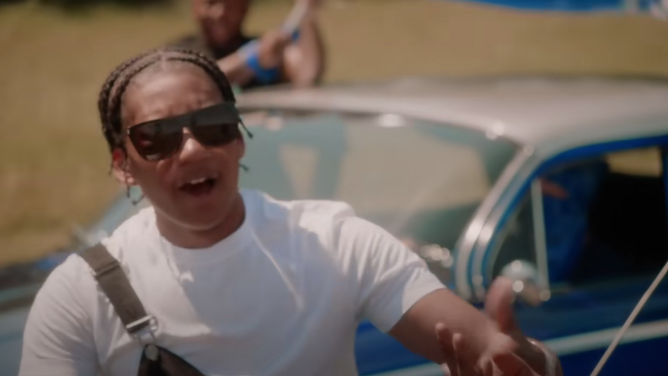 While the use of rap lyrics in court is a growing issue here in the United States, it’s also been happening in Britain for quite some time, particularly in regards to the drill scene.

According to a recent profile in the New York Timesundefined, one of the scene’s stars, Digga D, had his music videos used against him as evidence in court and is now barred from rapping about gang violence. He also must notify the police when he releases new music. If the court finds that his lyrics are inciting violence or mention certain areas of London, his parole can be violated and he will be sent back to prison.

Since 2014, British judges have had the ability to hand out “Criminal Behavior Orders,” regulating a convict’s life, including banning them from certain neighborhoods and controlling their lyrics. Authorities argue that drill lyrics can lead to gang violence. They also accuse the genre of fueling knife crime, which is at a 10-year high.

In 2018, Digga D was sentenced to one year in prison for conspiracy to commit violent disorder after he and his 1011 crew were arrested for carrying machetes, knives, and baseball bats after a stop and search. The crew claimed they were on their way to film a music video but police claimed they were on their way to attack a rival gang. They eventually plead guilty. Digga D was also arrested twice last year, first in March for violent disorder and breaching his Criminal Behavior Orders and again in July for “inciting violence” after attending a Black Lives Matter protest in London.

Digga D is not the only artist who has been subject to CBO orders. After artists Skengdo and AM performed a song with lyrics featuring a list of gang members who had been stabbed, a judge in 2019 sentenced them to nine months in prison. British authorities have also been removing videos from YouTube—they removed 319 drill music videos last year and over 500 videos in the past three years.

The use of rap lyrics in court is an ongoing issue in America. It has come up in high-profile cases involving rappers like 6ix9ine and YNW Melly. Genius News previously broke down how lyrics have landed rappers in jail.

Read more about Digga D and how British courts are using rap music in courts at the New York Timesundefinedundefined.