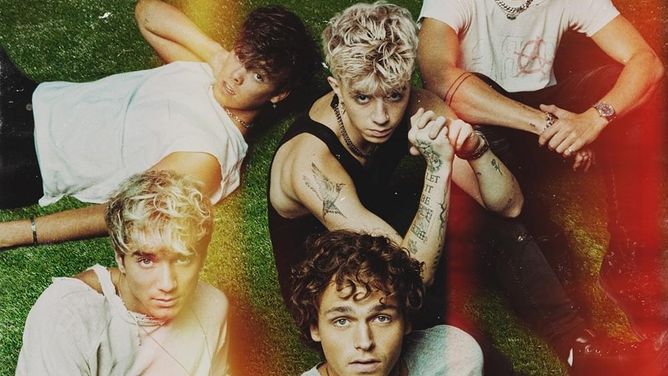 Following an eight-month hiatus, Why Don’t We debuted their new direction with the single “Fallin' (Adrenaline)” in September 2020, which saw each band member playing instruments for the first time. Corbyn, Jack, and Zach took on guitar, Jonah played keys, and Daniel contributed drums. Soon after, the five-piece announced their sophomore album, The Good Times And The Bad Ones, drawing inspiration from their own experiences with mental health issues, relationships, and their rise to fame. “We put everything into this album,” the band shared in an Instagram post, with Daniel Seavey commenting “This album means everything to me.”

In 2019 the band released a single each month, with members writing and producing singles such as “Cold In LA” and “With You This Christmas.” The Good Times and The Bad Ones utilizes these songwriting abilities, with the entirety of the album written by one or more band members.

After the release of “Fallin’ (Adrenaline),” the Percy Jackson inspired “Lotus Inn” followed. Social media star Tessa Brooks appeared in the track’s music video, with band member Jonah Marais stuck in a time-loop until he gets the girl. Daniel Seavey produced the track, co-writing it alongside Jonah. A few days after the music video dropped, the first episode of the band’s YouTube series, 30 Days With Why Don’t We premiered, giving fans a behind-the-scenes look at the album pre-release process, including performance practice, interviews, and last-minute song changes.

The album’s final pre-album single, “Slow Down” released unexpectedly on December 17, after the band teased it on TikTok a day prior. On the track, Why Don’t We draws inspiration from an earlier hit, sampling The Smashing Pumpkins' January 1996 single “1979.” Upon the track’s release, Corbyn Besson took to Instagram to tell fans it was his favorite, claiming it had “been on repeat for a few months.”