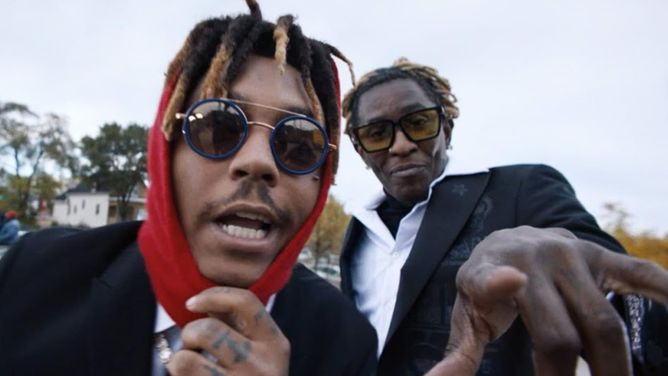 The late Juice WRLD and Young Thug team up with Cole Bennett for their latest collab, “Bad Boy,” paying homage to the 1995 buddy cop film of the same name starring Will Smith and Martin Lawrence.

The rock-influenced track is produced by hitmaker Pi'erre Bourne. “Bad Boy” marks the fourth official collaboration between Juice and Thug. In a late 2019 interview, Thugger hinted that a collaborative project was in the works.

The music video, directed by Juice’s friend and longtime collaborator Cole Bennett, marks their last joint flick, according to an Instagram post by the director. The music video features Juice and Thug as partners with a backdrop of sad clowns and mimes. Sad clowns are a popular reference in music videos, appearing famously in Denzel Curry’s “CLOUT COBAIN” and as a cameo in The 1975’s “Sincerity Is Scary,” among others.

Check out the video above to learn more, and read all the lyrics to Juice WRLD and Young Thug’s “Bad Boy” on Genius now.