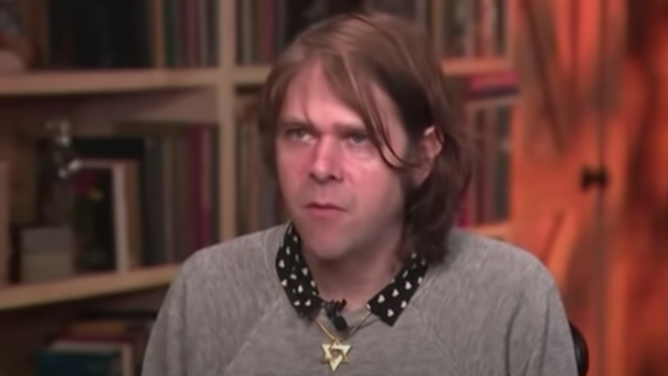 L.A. indie musician Ariel Pink stood alongside ex-military, off-duty cops, and marketing firm CEOs at the January 6th rally that led to a right-wing insurrection that left five dead at the U.S. Capitol. While he has denied he took part in storming the Capitol, Pink was dropped by his label Mexican Summer two days after the riot.

“Due to recent events, Mexican Summer and its staff have decided to end our working relationship with Ariel Rosenberg AKA Ariel Pink moving forward,” wrote Mexican Summer, on Twitter.

On Thursday, Pink went on Fox News host Tucker Carlson’s show to complain about facing consequences for his actions.

“I went to the White House to see our president, I went to the hotel, took a nap, end of story,” he said. “I was there for a peaceful rally, that’s all it was to me.”

Of course, the rally turned into a riot. Despite attending a rally specifically titled “Stop The Steal” which alleged that the presidency is being stolen from Trump, Pink admitted Trump lost to President-Elect Joe Biden fair and square.

“I think there’s been a very big effort to unseat the president, or at least not let him have four more years,“ he said. "Which I think is fair, he lost and I think he lost fairly, I’m not disputing anything.”

Rather than just feel bad for Trump, Pink spent the interview feeling bad for himself.

“I can’t tour either at this point, it leaves me destitute and on the street,” said Pink. “I’m sort of overwhelmed right now and I don’t know what to do. My family’s been getting death threats. The hate is overwhelming. People are so mean. I’m terrified.”

He also added, “I had no choice, there’s nothing else for me to do, I can’t even afford my lawyer right now.”

One thing is for sure, Pink certainly needs a lawyer. The same day he was busy in Washington D.C. trying to overturn a legitimate election, a Los Angeles County Superior Court Commissioner dismissed his civil harassment restraining order against his ex-girlfriend, Charlotte Ercoli Coe. His ex has also levied a series of abuse allegations against him.