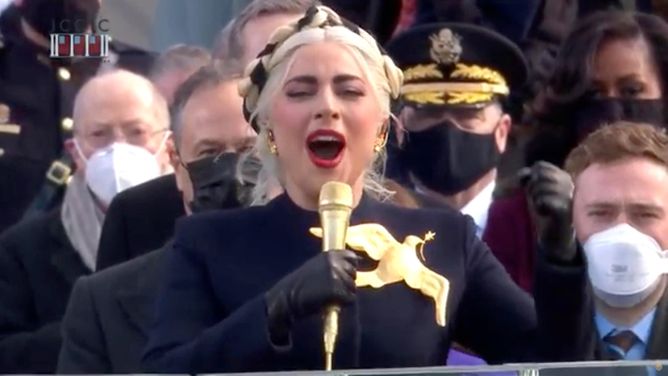 As Joseph R. Biden was sworn in as the 46th President of the United States, a trio of musicians also took center stage. Lady Gaga kicked things off with a performance of “The Star Spangled Banner,” while Jennifer Lopez delivered a rendition of “America the Beautiful” and “This Land is Your Land.” Garth Brooks followed Biden’s speech by singing “Amazing Grace.”

Gaga was the first performer of the morning, joined by The Marine Band:

Lo was up next, surprising listeners by adding a quick element of her 2000 hit, “Let’s Get Loud,”undefinedundefined to her “America the Beautiful” performance: