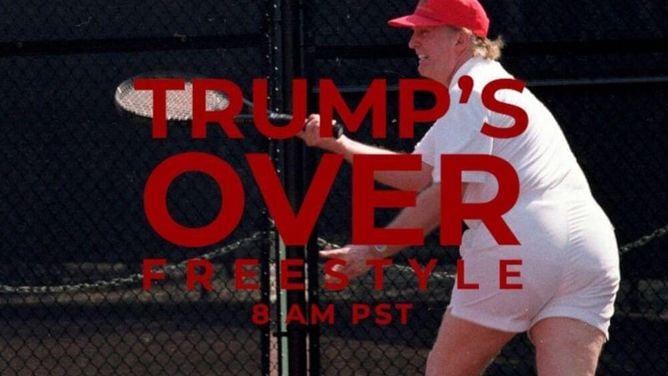 Macklemore Makes An Unexpected Return With His “Trump’s Over Freestyle”

Soon after Joe Biden’s inauguration as the United States' 46th President, Seattle rapper Macklemore made an unexpected return with the release of his new song, “Trump’s Over Freestyle.” Produced by Bean One, the song finds him reflecting on what he sees as the hypocrisies of the Trump era.

He begins by referencing the January 6th riots at the US capitol:

Macklemore also has words for complacent people on the other side of the aisle:

And all you liberals out there being silentWhile black people dying, at the hands of police violenceThat care more about animal rights and recyclingAnd bicycling and the climate and toothpaste with ironYou too are complicit, you too getting brought up

He finishes the song off by reflecting on all that we have left to do to reunite the country after four years of Trump. It’s not the first time Macklemore has taken aim at the former president. He hopped on YG’s “FDT Pt. 2” back in 2016 alongside G-Eazy, where all three rappers dissed Trump.

Macklemore’s last album, Gemini, dropped in 2017 as his first project without Ryan Lewis in nearly a decade. Although claims about a magic rap album turned out to be a joke, his new freestyle may indicate he plans to release more new material soon.

Read all the lyrics to Macklemore’s “Trump’s Over Freestyle” on Genius now.