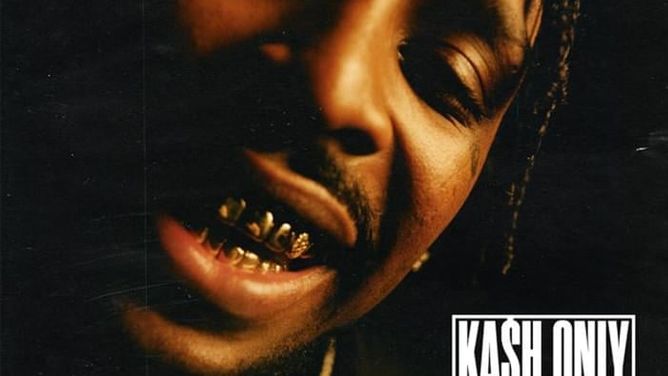 Rising rapper BRS Kash’s scored his breakout hit late last year with “Throat Baby (Go Baby),” his ode to oral sex, and today DaBaby and City Girls join him for the song’s remix. The new version keeps the undeniably catchy chorus and the AdamSlides & Chi Chi beat from the original but adds new verses from DaBaby and City Girls.

BRS also dropped the video to the song, where features many not-so-subtle allusions to oral sex.

“Throat Baby” is currently No. 68 on the Billboard Hot 100. It previously peaked at No. 58 and has been on the chart for four months. The remix is likely to help it reach a new plateau. There has been a steady interest in the song on Genius for months now; the original version has already amassed over 160,000 pageviews.

The success of the song put BRK Kash on the map. The 27-year-old rapper from Atlanta has been rapping since he was 12 and cites Juvenile, Big Boi, and Bow Wow as influences. His project Kash Only is set to drop on Friday. In an interview with XXLundefined, he talked about his breakout hit’s explicit subject matter.

“[‘Throat Baby’] is real, like no matter how much a person or a woman might feel like the song is so disrespectful, she know one day that she was in those shoes of being the throat baby, like it’s controversial,” he said. “So, she can try to deny it as much as she want to, but she know that she was a throat baby one day. It don’t matter if she grown and you changed your life over, you know what it is. So, I just feel like it’s controversial. It’s real and you can sing along. I put it in a way that you can sing along.”

Meanwhile, DaBaby became one of rap’s most in-demand artists for guest verses. He hopped on remixes for Saweetie’s “Tap In,” Jack Harlow’s “WHAT’S POPPIN,” as well as Dua Lipa’s “Levitating.” Both DaBaby and City Girls also previously teamed up for the remix to Moneybagg Yo’s “Said Sum.” City Girls have also become in-demand guests, they appeared on the remix to Do It’s “Do It” last year.

Read all the lyrics to BRS Kash’s “Throat Baby (Remix)” on Genius now.