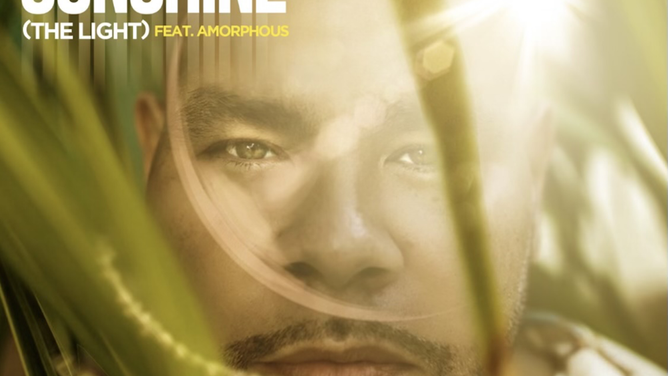 Back in November, Philadelphia-born DJ Amorphous released a mashup of Rihanna’s “Kiss It Better” and Luther Vandross‘ “Never Too Much” that went viral. Two months later, it’s the backbone of Fat Joe’s new single, “Sunshine (The Light).” Produced by Cool N Dre, DJ Khaled, and Amorphous, the song finds Fat Joe rapping over a sample of of Amorphous’ original mashup.

According to Amorphous, they received clearances from Rihanna and the estate of Luther Vandross to create the song and credit him as a featured artist:

The chorus is built around the first verse of Rihanna’s original, where she sings:

Been waitin' on that sunshine, boyI think I need that backCan’t do it like thatNo one else gon' get it like that

The song appears on her 2016 album, ANTI, and peaked at No. 62 on the Billboard Hot 100 chart. Luther Vandross' “Never Too Much” dropped in 1981 and is frequently sampled in hip-hop music. Artists like Will Smith, Pimp C, Wu-Tang Clan, Slick Rick, and Gucci Mane have utilized Vandross' Grammy-nominated Top 40 hit in their own work.

Amorphous' original mashup has racked up over 2.3 million views on Twitter since he shared it last November. He previously went viral with mashups of Rihanna’s “Work” and Aaliyah’s “Rock the Boat,” as well as Megan Thee Stallion’s “Body” and Travis Porter’s “Rock the Boat”:

“Sunshine (The Light)” is Fat Joe’s first single since his 2019 album, Family Ties, with Dre of Cool N Dre. The Bronx MC last scored a major charting hit alongside Remy Ma and French Montana with 2016’s “All the Way Up.”

Read all the lyrics to Fat Joe’s “Sunshine (The Light),” Rihanna’s “Kiss It Better,” and Luther Vandross' “Never Too Much” on Genius now.