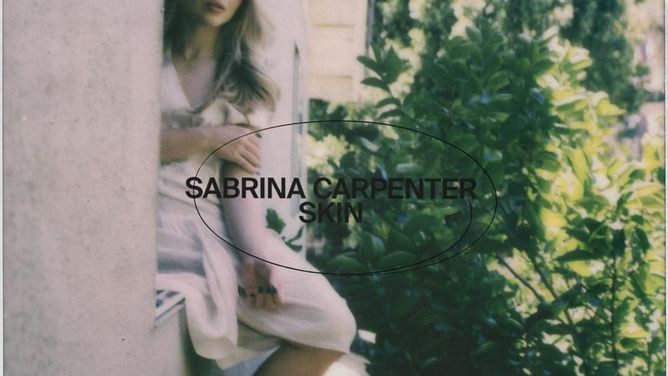 Olivia Rodrigo’s debut single, “driver’s license,” sits at No. 1 on the Billboard Hot 100 chart this week, in part due to the interest it drew from lyrics that seem to address a relationship between her rumored ex, Joshua Bassett, and singer Sabrina Carpenter. Now, Carpenter is telling her own side of the story with her new single, “Skin,” and she doesn’t pull any punches.

The song begins by making what appears to be a direct allusion to Rodrigo’s “driver’s license” lyrics:

On “driver’s license,” Rodrigo sang about a “blonde girl who always made me doubt.” Many fans took this as a reference to Carpenter, who is now dating Rodrigo’s High School Musical: The Musical: The Series co-star Bassett. Carpenter makes this point clear on the chorus, where she sings:

Whether Carpenter is directly referencing Rodrigo on the chorus or alluding to the backlash “driver’s license” created remains open to interpretation. On the second verse, she asserts that the public doesn’t know the full story:

She ends the track with another apparent reference to “driver’s license,” hoping that they can one day move past their issues:

The apparent subject of both singers' affection, Joshua Bassett, released a song of his own last week titled “Lie, Lie, Lie,” although the timeline of the song’s creation doesn’t seem to indicate that it’s about the love triangle. “Skin,” on the other hand, does seem to clearly reference Rodrigo’s budding hit.

Although the drama did help “driver’s license” gain traction, it’s not the sole reason for the song’s success. Rodrigo also earned a co-sign from Taylor Swift for her songwriting chops, and the song quickly took off on TikTok.

But with Rodrigo’s song already at No. 1, Carpenter’s track seems to indicate that the story is far from over.

Read all the lyrics to Sabrina Carpenter’s “Skin” and Olivia Rodrigo’s “driver’s license” on Genius now.