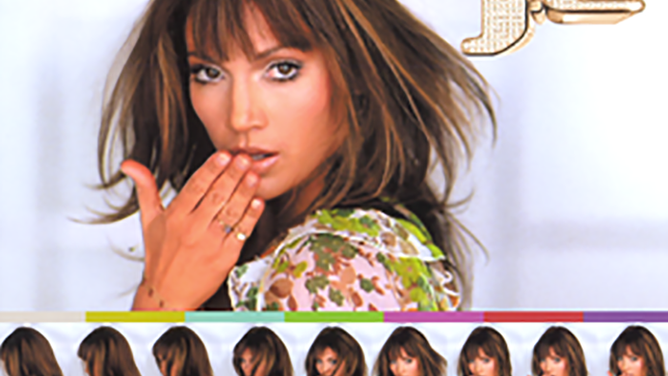 Last night Ashanti and Keyshia Cole had their long-awaited Verzuz battle where the Murder Inc. singer told a memorable story about Diddy. After playing Jennifer Lopez‘ hit song “Ain’t It Funny (Murder Remix),” which Ashanti wrote but did not sing on the final version, she recalled Diddy’s reaction to the song.

“So before I was signed to Murder Inc., I wrote this record for J Lo. Ja wrote the hook, I wrote the verses,” explained Ashanti, before adding she almost signed to Bad Boy as a teenager. “So when Puff heard the record [Laughs] he called, Gotti put him on the phone, and he’s like, ‘Is that record about me?’ ‘No, I promise you it’s not about you, I promise you.’ Puff, I told you millions of times it’s not about you, it’s all love.”

Ashanti’s recollection about writing the song is in-line with her previous comments she made to Billboardundefined in 2003.

“Everyone was there and Ja [Rule] was on the floor playing video games, and they had the beat playing in the background,” said Ashanti, recalling how the song was made. “Chris Gotti, Irv Gotti’s brother, said ‘Ja’s supposed to be writing this record for J-Lo, but it doesn’t look like he’s going to be doing anything tonight. Why don’t you go in there and see what’s happening?’ So that’s exactly what I did.”

Despite Ashanti writing the song, Diddy likely thought it was about him since it was released in 2002, shortly after his romance with Jennifer Lopez ended, and the lyrics are about a boyfriend who messed up one too many times. The music mogul was not alone; many fans and media members suspected the same and the speculation helped it become a No. 1 hit.

When a writer from Elle, who was writing a profile on Lopez, asked Gotti to weigh in on the speculation, his off the cuff response cost him his relationship with J. Lo. During an appearance on Drink Champs, Gotti recalled how he had just gotten off the phone after arguing with Sony Records Chairman Tommy Mottola and was high on three ecstasy pills when he got the call.

Gotti didn’t mention some of his other comments, which included saying, “Lopez can’t make a record like Whitney [Houston] or Mariah [Carey] cause she ain’t got a big voice, so she’s gotta f-ck with guys like me who can hide or enhance that voice.”

Gotti later apologized in a statement to Rolling Stone, but the damage was done. His comments effectively ended his friendship with J. Lo, who he had worked with on two No. 1 hits.

“J.Lo will never trust me again,” he said. “I made two records for J.Lo: ‘I’m Real’ and ‘Ain’t Funny;’ I have not made another one…There’s no making it right; I am a f-cking idiot. I abandoned her trust and her loyalty, and if she says—till she goes in the casket—’F-ck Irv Gotti,’ I deserve it! That’s the truth.”

Read all the lyrics to Jennifer Lopez’s “Ain’t It Funny (Murder Remix)” on Genius now.