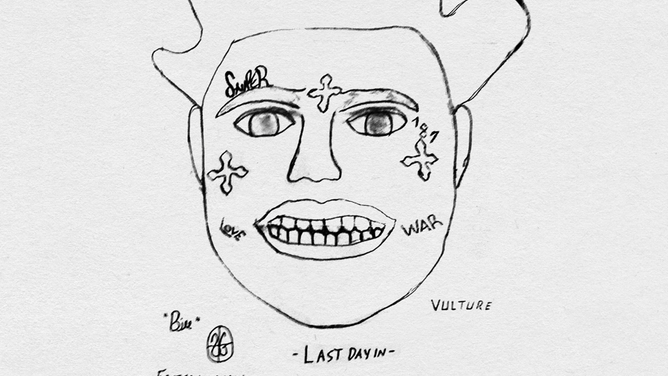 Kodak Black received last-minute clemency from Donald Trump in the former president’s final day in office, leading to his immediate release from prison. Over the weekend, the rapper released his first post-prison song, “Last Day In,” where he reflects on his time in jail and references the man that earned him his freedom.

The rapper was in the midst of a 46-month prison sentence after pleading guilty to making false written statements in an attempt to buy a firearm. He was concurrently serving a separate sentence after attempting to re-enter the United States from Canada with a firearm. He kicks the song off by reflecting on his release:

I done made it out that fire like it’s magicIf you ain’t with me, I don’t wanna see you happyI’m just tryna spend my Easter in MiamiMy baby told me stay out the way and stick to rappin', yeah

He directly references Trump soon after with a passing shout-out:

Trump just freed me, but my favorite president is on the moneyAll the hate and prejudice has become evident to me

The rapper’s lawyer, Bradford Cohen, was a contestant on Trump’s reality show, The Apprentice, in 2004. Cohen has been cited as a key reason Kodak received clemency. He references Cohen and his own long criminal history on the track:

I told my lawyer, boy, I love you like a daddyAnd I'ma catch a charge before I let them take advantage of meI done came home so much, I already know they tired of meRan up out of prison, I ain’t say bye to nobody

The Trump administration cited Kodak’s charity work as its motive, including “providing educational resources to students and families of fallen law enforcement officers and the underprivileged, [paying] for the notebooks of school children, [providing] funding and supplies to daycare centers, and [providing] food for the hungry.”

Although his federal charges were commuted, Kodak still faces state charges in Florence County, South Carolina, where he stands accused of sexually assaulting a woman in a hotel room in 2016. Prosecutors told TMZundefined that they plan to pursue the case “aggressively” following his release.

Kodak previously released a “First Day Out” track in 2017, following his release from jail for house arrest violations. Much like that song, “Last Day In” features production from Dyryk.

Read all the lyrics to Kodak Black’s “Last Day In” on Genius now.