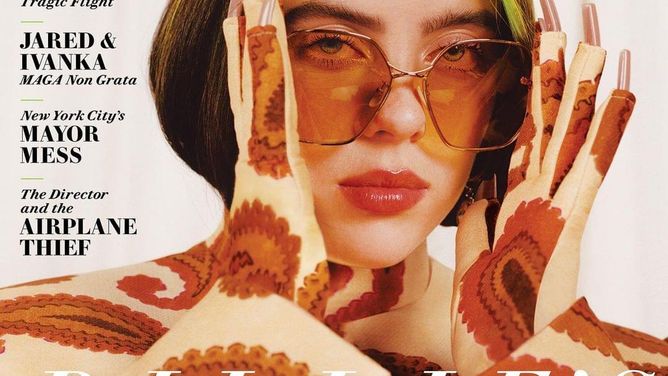 Billie Eilish Says She Wasn’t “In A Great Mental Place” Recording ‘When We All Fall Asleep, Where Do We Go?’

As Billie Eilish gears up for the release of her sophomore album, she’s still reflecting on the project that helped her sweep the 2020 Grammy Awards. In a new interview with Vanity Fairundefined, Eilish discussed her award-winning debut, WHEN WE ALL FALL ASLEEP, WHERE DO WE GO?, revealing that the project’s dark themes came in part from a personal place.

Eilish said she was “not in a great mental place” when she made the album, although “parts of it were great and I love that album.” She’s began seeing a therapist since then, helping her settle into herself and find more happiness. Now, she’s working on new music that “feels exactly how I want it to. There isn’t one song, or one part of one song, that I wish was this or that I wish it was that.”

She also discussed the intense devotion her music has created amongst her fans.

“When you’re excited about something, you forget boundaries and you forget what’s polite and what’s kind of not polite. I’ve had a lot of weird situations—people will kiss me and pick me up, spin me around,” she said. “It is definitely important to have the boundaries and also have people around you that can help in a situation like that. I never want to push away somebody that’s showing me only love. And even if it’s coming from a place of crazy love, I don’t ever want to push that too far away.”

Although Eilish has yet to offer a title or release date for her next album, she’s been busy dropping new music. She recently teamed up with ROSALÍA for the Euphoria soundtrack song, “Lo Vas A Olvidar,” and has also dropped tracks like “Therefore I Am” and “My Future.”

Back in September, Eilish’s brother FINNEAS explained why they didn’t want to put out a project during the COVID pandemic. “Billie’s album, and my album, they won’t be a bummer COVID record,” he told Australia’s Herald Sunundefined. “I have a desperate desire not to release them during COVID-19. It’s the vaccine record! I want it to be the album everyone’s out dancing in the streets to.”