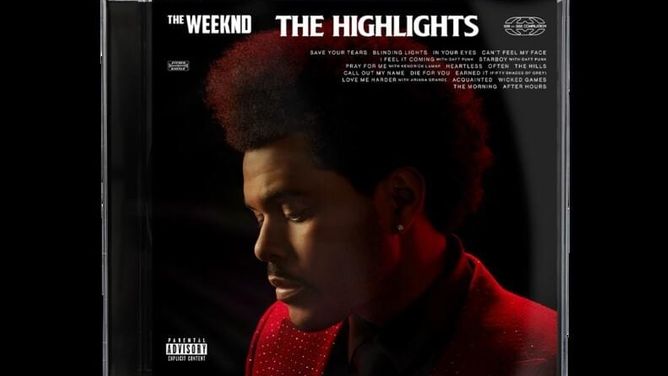 Ahead of one of the biggest performances of his career, The Weeknd has released a greatest hits collection titled The Highlights. The album features 18 songs from throughout his catalog, including early fan favorites like “The Morning” alongside smash hits like “Blinding Lights” and “Starboy.”

The Weeknd has not done much to promote the project, HipHopNMoreundefined just happened to spot the CD for sale on Weeknd’s website.

The release may have something to do with Weeknd’s upcoming Super Bowl performance. He’s set to take the stage Sunday, Feb. 7 at Raymond James Stadium in Tampa, Florida for the Super Bowl halftime show. It’s possible that this project’s tracklist will resemble what his setlist looks like.

However, greatest hits albums are still incredibly popular. On last week’s Billboard 200 Chart, there were at least 20 greatest hits albums, mostly from rock acts like Bon Jovi, Tom Petty, and Queen but also rappers like 2Pac, The Notorious B.I.G., and Eminem. Data from 2020 revealed that much of rock’s enduring popularity—still the second biggest genre in the US behind hip-hop/R&B—is thanks to classic rock, with four of the five biggest rock albums being greatest hits albums.

Here’s the tracklist to The Weeknd’s The Highlights:

Catch up on all the lyrics to The Weeknd’s biggest hits on Genius now.