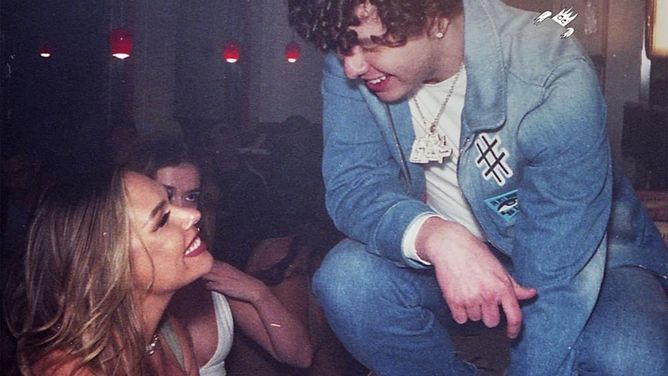 Jack Harlow scored a breakout hit in 2020 with “What’s Poppin,” thanks to a catchy chorus and a little help from TikTok. The Louisville, Ky. rapper reflected on his newfound success in a recent interview with SPINundefined, revealing that he always had plans to swap out one of the song’s famous lines but never got the chance.

Harlow told SPIN that he used the phrase “Just joshin'” as a placeholder while recording the track but never got around to changing it.

“That was a line I’d always planned on replacing,” Harlow said. “I was always going to get rid of it. It was a placeholder. It was literally just something that rhymes with the other sh-t.”

On the track, he raps:

Harlow recalled playing the song for some of his close friends back in Louisville, who assured him it was perfect as is.

“I really treasure that moment because I use it as a lesson now when I’m trying to write,” he said. “I’m just like ‘go, go, go’ because look at the success that song is giving me when I just let go. It’s a lesson, you know, you just gotta let go and be instinctual.”

“What’s Poppin” peaked at No. 2 on the Billboard Hot 100 chart, thanks in part to a star-powered remix featuring Lil Wayne, Tory Lanez, and DaBaby. The song is now certified 4x Platinum. He previously sat down with Genius to break down the tracks' lyrics in a Verified episode:

Read Jack Harlow’s full SPINundefinedundefined interview here and catch up on all the lyrics to “What’s Poppin” on Genius now.