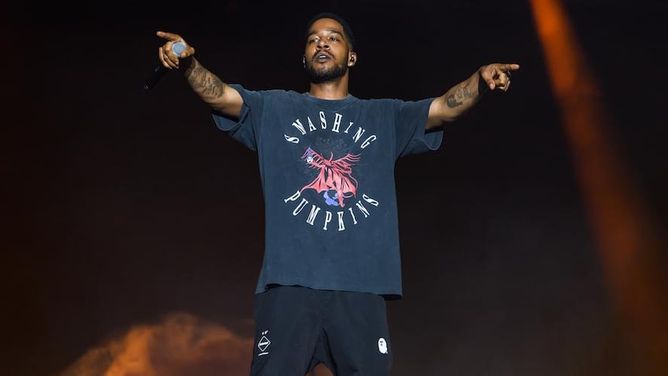 Kid Cudi first announced his Netflix project, Entergalactic, and its accompanying album in early 2019, with eyes on a 2020 release. He ended up switching things up, putting out his Man on the Moon III: The Chosen album. Now, it seems things have been officially delayed. As HipHopNMoreundefined notes, the Netflix preview page for the series now lists a 2022 date:

Cudi previously promised to release the album alongside the first season of the series, noting that it serves as a soundtrack and companion piece. “A lot of the songs aren’t really from the Scott perspective; they’re from the perspective of the character,” he told Complexundefined. “It’s a new, fun, and exciting way to write music. I have eight albums. I needed to do something different.”

Although fans may have to wait a while longer for Entergalactic, it’s not the only musical project Cudi has in the works. He’s also set to team up with Travis Scott for a full-length collaborative project called THE SCOTTS. Although that doesn’t have a release date either, many are hoping for a release this year.

Catch up on all the lyrics to Kid Cudi’s Man on the Moon III: The Chosenundefined on Genius now.