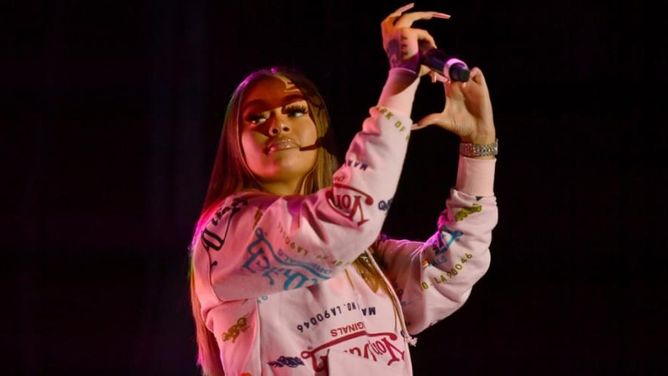 Mulatto Addresses Controversy Around Her Stage Name & Plans To Change It

Mulatto’s career is bigger than ever, but the long-brewing controversy surrounding her stage name continues to be an issue for the Atlanta rapper. In a recent interview with Hot Freestyleundefinedundefined’s Tallie Spencer, she spoke on her recent announcement about changing the name, including her motivations for doing so, and addressed accusations of colorism DaniLeigh faced from her unreleased song “Yellow Bone.”

“We got enough songs about being light skin,” Mulatto said in reference to “Yellow Bone,” noting that while she didn’t think DaniLeigh’s intentions were bad, artists have to be sensitive to their audiences.

“You might know your intentions, but these are strangers who don’t know you, never even met you in person,” she said. “So you gotta hear each other out, and if you know those aren’t your intentions and that’s how it’s being perceived, it’s like why not make a change or alter it? Whatever the problem is at hand.”

Mulatto noted that she’s consistently received feedback that her name evokes colorism, and is trying to listen. “For me, it was the name,” she said. “So now I’m like, ‘OK, my intentions was to never glorify being mulatto.’ So if that’s how it’s being perceived, like people think I’m saying I’m better because I’m mulatto or my personality trait is mulatto. That’s how they’re taking it. So if that’s not my intentions then I need to change the matter at hand, which is the name change.”

She said that she is still planning to change her name, but wants it to be a major statement rather than just a social media moment.

“That’s not just something like, ‘Oh I changed my @ name on Twitter. I changed my @ name on Instagram.’ It’s something that needs to be a bigger production,” she said. “I need to be able to speak on it and people hear me out… I do know what I want it to be and I know how I want to do it. But… a name change at this level in your career is a big decision. Investors, labels, everything has been riding on this name. So it is a big decision.”

Mulatto also noted that some fans have already guessed the name. She often uses Big Latto as a nickname, both on social media and in her music. It’s possible that may be her new name, but she hasn’t made an official announcement just yet.

Catch up on all the lyrics to Mulatto’s biggest hits on Genius now.