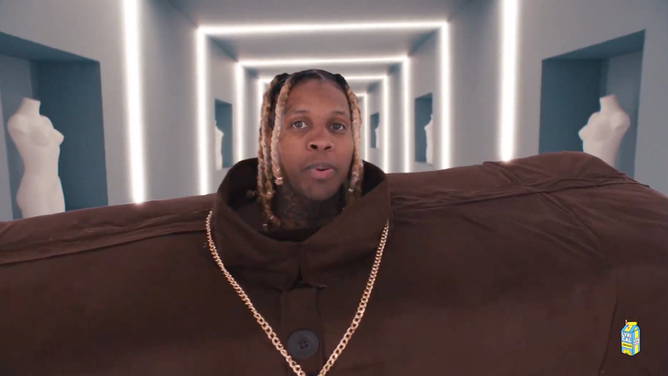 The deluxe edition of Lil Durk’s December 2020 album, The Voice, arrived today complete with a whole new set of tracks, including a song titled “Kanye Krazy.” The title references rapper Kanye West’s penchant for lengthy public rants and antics, and Durk channels West through both lyrics and visuals.

On the track, he drops a reference to Kanye’s infamous 2013 interview with Sway Calloway, rapping:

You ain’t got the answers, SwayI be claimin' I’m the realest like any other day

The song’s Cole Bennett-directed music video finds him recreating multiple Kanye videos and pop culture moments, from his endorsement of Donald Trump to interrupting Taylor Swift at the VMAs. He also borrows looks from videos like “I Love It” with Lil Pump and Adele Givens, “Runaway,” “Famous,” “Bound 2,” and “Stronger”:

Read all the lyrics to Lil Durk’s “Kanye Krazy” on Genius now.