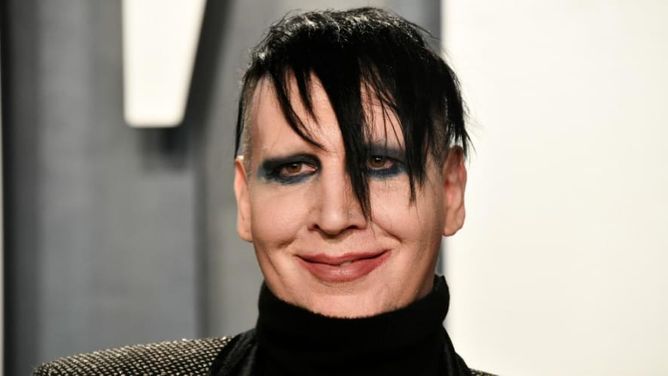 Marilyn Manson’s label, Loma Vista Recordings, announced on Monday that it would cease promoting the shock rocker’s latest album and part ways with him after his ex-fiancé, actress Evan Rachel Wood, claimed he had “horrifically” abused her during their relationship.

“In light of today’s disturbing allegations by Evan Rachel Wood and other women naming Marilyn Manson as their abuser, Loma Vista will cease to further promote his current album, effective immediately,” the label wrote in a statement provided to Varietyundefined. “Due to these concerning developments, we have also decided not to work with Marilyn Manson on any future projects.”

Although this is the first time Wood has directly named Manson as her abuser, she has repeatedly alluded to the artist while speaking about being a survivor of domestic abuse. In a 2019 testimony before the California Senate in support of a bill to extend the statute of limitations on domestic violence, she detailed horrific abuse without naming the perpetrator:

Today, she named him directly.

“The name of my abuser is Brian Warner, also known to the world as Marilyn Manson. He started grooming me when I was a teenager and horrifically abused me for years,“ she wrote on Instagram. "I was brainwashed and manipulated into submission. I am done living in fear of retaliation, slander, or blackmail. I am here to expose this dangerous man and call out the many industries that have enabled him, before he ruins any more lives. I stand with the many victims who will no longer be silent.”

Wood and Manson went public with their relationship in 2007—when she was 19 and he was 38—and the pair were briefly engaged.