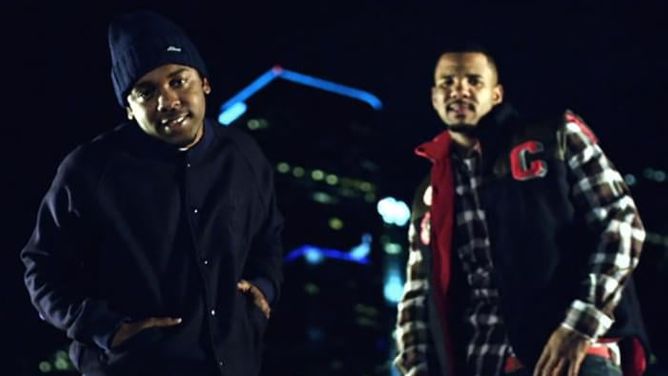 The Game recently joined a Clubhouse chat alongside fellow West Coast rappers Glasses Malone and KXNG Crooked where he claimed he was the greatest rapper to ever come out of Compton, California.

While The Game is one of the most successful rappers to ever emerge from Compton, the city has produced numerous rap stars including Eazy-E, Dr. Dre, MC Ren, DJ Quik, Coolio, YG, Tyga, Roddy Ricch, and, of course, Kendrick Lamar.

Before anyone in the Clubhouse room could say about Kendrick following Game’s comment, Game brought his name up himself.

“Kendrick my n-gga,” added Game. “Kendrick doing his sh-t. I love that n-gga to death. N-gga, I flew past Kendrick when that n-gga was on foot, n-gga, in a Range Rover and showed him how to do this sh-t. Don’t play. Don’t play with Game name. Compton, n-gga. Hardest n-gga in Compton, rapping, lyricist, me. Any n-gga that say any different, I’ll body him and any n-gga he f-ck with.”

Kendrick has acknowledged Game’s influence over his music. On the second verse of the good kid, m.A.A.d. city deluxe cut “Black Boy Fly,” Kendrick raps about being jealous of Game when he was young. He reflects on his feelings about Game’s success:

It’s 2004 and I’m hearing the people roarFor the name of The Game, they line in front of the storeSwap meets, selling our mixtapes, I’m like, “Oh sh-t, wait”Don’t wanna be another n-gga stuck regretting mistakesMixed feelings was my opinion, I was defending my insecurities

Since then, Game and Kendrick have collaborated on three songs—“The City,” “On Me,” “See No Evil”—all of which appeared on Game albums.

Despite the friendly relationship between Kendrick and Game, Twitter users did not take kindly to Game’s remarks and mostly claimed Kendrick was the superior rapper.

Catch up on all the lyrics to The Game’s biggest hits on Genius now.