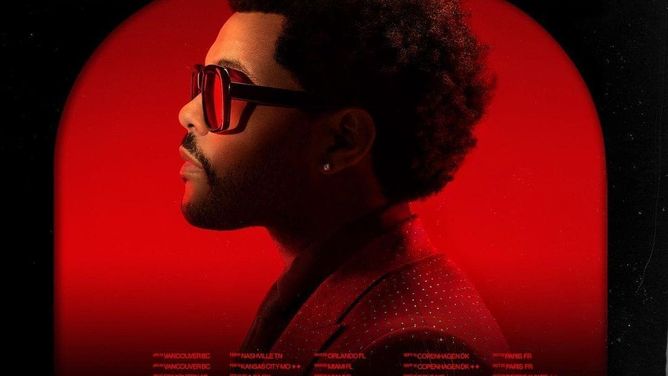 The Weeknd Reschedules His ‘After Hours’ World Tour To 2022

The Weeknd is about to perform in front of his largest audience ever at this Sunday’s Super Bowl Halftime Show, but fans who are eager to see him in person will have to wait a while longer. After first postponing his tour in support of 2020’s After Hours last year due to the COVID-19 pandemic, the world trek is again being rescheduled and expanded.

The Toronto superstar shared new dates for the tour, which is now set to kick off in January 2022 in Vancouver, British Colombia:

The Weeknd is set to spend nearly the entire year on tour, crisscrossing the US and Canada before playing more than a dozen shows across Europe. The delay is less significant than last time, which saw him move the kickoff date one full year from June 2020 to June 2021. This time, he’s only postponing by about six months.

Weeknd rescheduled his tour in the wake of several high-profile festival cancellations, including Coachella, Glastonbury, and Ultra Miami. Organizers had hoped the COVID-19 pandemic, which took off worldwide about a year ago, would subside by summer 2021 and allow touring to continue.

While the worldwide vaccination drive has finally given people a light at the end of the tunnel, it seems unlikely that mass gatherings like concerts will be permitted by this summer in most places. Many artists and promoters are once again looking to push things back.

Catch up on all the lyrics to The Weeknd’s After Hoursundefined on Genius now.