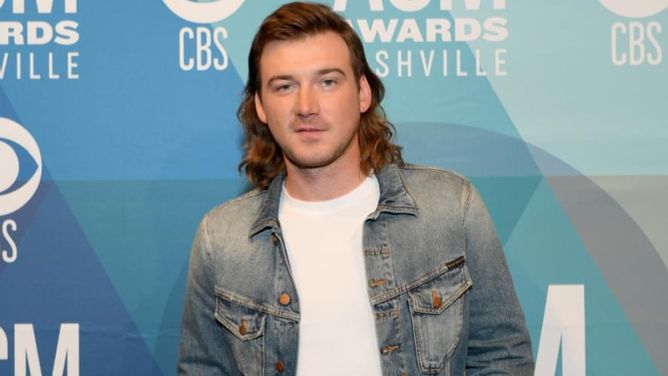 Rising country star Morgan Wallen is experiencing swift fallout after TMZundefined caught him using the n-word on video outside his home in Nashville. Varietyundefined reports that Cumulus Media, the country’s second-largest chain of radio stations, has removed all Wallen’s music from its playlists as of midnight February 3. His label, Big Loud Records, announced that it was indefinitely suspending his record contract:

“Team, unfortunately country music star Morgan Wallen was captured on video Sunday evening using a racial slur. Effective immediately we request that all of Morgan Wallen’s music be removed from our playlists without exception. More to follow,” a memo sent to all program directors at Cumulus Media stated.

Although it’s unclear if the move amounts to a permanent ban or a temporary hold, other stations and radio companies could follow. Fans noted that the artist, who recently broke country streaming records, also appears to have been removed from prominent playlists on Spotify and Apple Music.

Wallen issued an apology shortly after the story broke. “I’m embarrassed and sorry. I used an unacceptable and inappropriate racial slur that I wish I could take back,“ he said. "There are no excuses to use this type of language, ever. I want to sincerely apologize for using the word. I promise to do better.”

Several country stars, including Maren Morris, Kelsea Ballerini, and Mickey Guyton, spoke out about Wallen’s words and racism in the Nashville music scene:

After appearing on The Voice in 2016, Morgan Wallen became one of country music’s biggest recent success stories. His latest release, Dangerous: The Double Album, is set to spend its fourth week at No. 1 on the Billboard 200 albums chart, and his hit single, “7 Summers,” currently sits at a high of No. 23 on the Hot 100 chart.

It’s not the first time he’s faced controversy. Saturday Night Live rescheduled his performance from October to December last year after he was seen partying in Alabama without a mask days before he was set to appear on the show.

This article has been updated to reflect Wallen’s suspension from his record label.