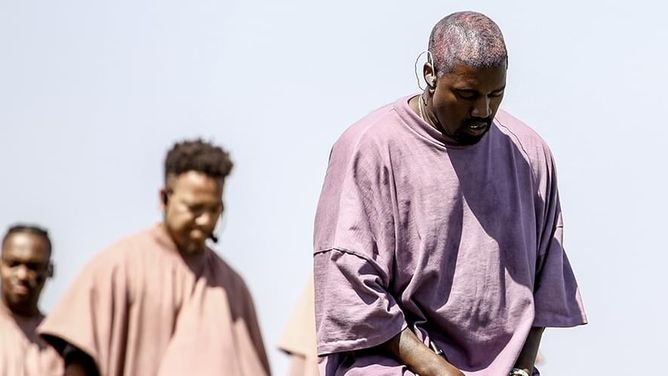 Kanye West is facing two class-action lawsuits over his Sunday Service shows. The lawsuits are divided by cast and crew, 500 performers and 300 staff members, who allege West did not pay them on time or mistreated them. The suit also alleges West’s November 2019 Nebuchadnezzar opera violated California labor laws by not paying employees on time, denying overtime, and denying bathroom and meal breaks.

According to The Sun, the lawsuits were filed last August. According to California employment laws, the cast and crew should have been considered employees, not independent contractors, and thus entitled to things like overtime and breaks.

An example from the suit is performer Michael Pearson. He claims he was paid a day rate of $250 (“regardless of the number of hours worked,“) and had no bathroom or meal breaks, had to either stand or sit on the ground because there weren’t enough chairs, and had to walk back to his car after a promised staff shuttle failed to materialize. Meanwhile, a hair assistant named Raina Leon claims it took her four months to get paid her fee, which totaled $600.

The Sun also quoted an anonymous source who added, “No one knows how involved Kanye himself was, if he knew what was going on, as it was all so last minute, it was terribly ran. Whether it was mismanagement, accidental, or on purpose, this is a very strong case.”

The Los Angeles County Superior Court has joined the lawsuits together, and The Sun estimates the lawsuits could cost West up to $30 million in the end if he fights the case.

You can see some of the court documents here.