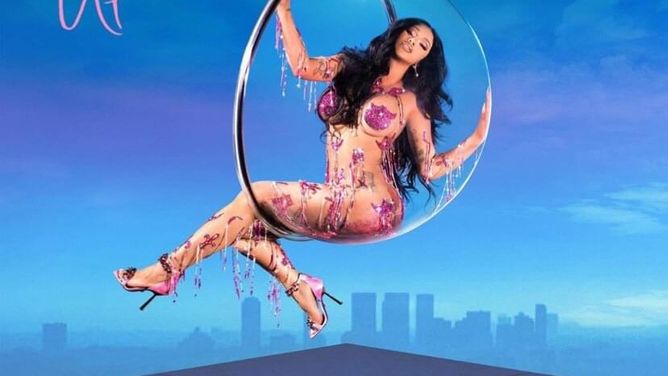 Cardi B only released one song in 2020, but “WAP” still managed to make a massive impact and shoot straight to No. 1. Now, she’s back with her latest single, “Up.” The track is produced by DJ SwanQo (who previously produced “Get Up 10” for Cardi) and Yung Dza.

Cardi recently told Billboard about how she took her time recording her new album.

“I just wanted it to be amazing and really beautiful,” she said of her new album. “I didn’t put out music for almost 10 months. Throughout those 10 months, I kept seeing thousands and thousands of comments and tweets like, ‘She’s over. She’s a flop. She’s done with.’ People tried to erase me. And I’m like, ‘Damn, that’s not fair. I’m taking a little break!’ If I put out bad music, I’m gonna get called a flop, and if I take my time, people are saying I’m over. That’s not fair.”

The album doesn’t have a title or release date just yet, but fans are hoping “Up” is the first sign of a rollout.

Read all the lyrics to Cardi B’s “Up” on Genius now.