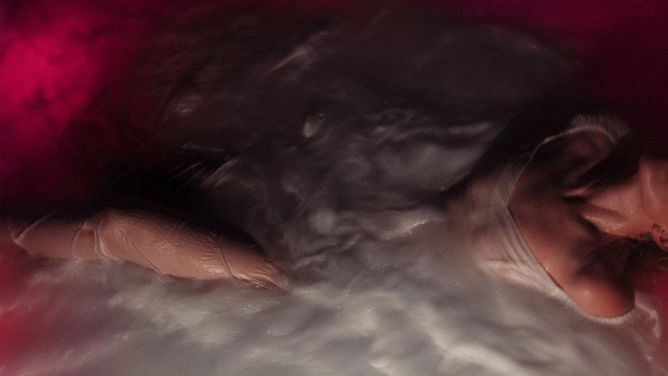 Less than a year since her debut solo album Petals For Armor, Hayley WIlliams surprised fans with a follow-up project. FLOWERS for VASES/descansos spans 14 tracks and was announced in a candid Instagram post the day before its release.

In her story post, Williams described the burden of adhering to stale industry standards in album roll-outs. She thus opted for a surprise release, allowing the music to speak for itself. She even recently hand-delivered a physical copy of “My Limb” in order for a fan to leak online.

Described as more of a conceptual prequel or musical “detour” than a true follow-up album, Williams wrote and recorded FLOWERS for VASES/descansos entirely in her Nashville home. In the Instagram announcement, she explained how the year was especially challenging for her.

2020 was really hard but I’m alive and so my job is to keep living and help others do the same.

This theme of trials and difficulties aligns with the title of the album. “Descansos” is a Spanish term for a memorial, typically a cross, erected at a site of violent or unexpected death. This also points to the “flowers for vases” image as those left at a gravesite.

Williams has always explored intensive themes of struggle, whether in her band history or in her personal life. However, this exploration of death and darkness against a backdrop of COVID-related isolation is especially timely.

Despite proudly saying that this is the first time in her career in which she wrote and performed the entire album herself, she does manage also to reassure fans that “Paramore is still a band."