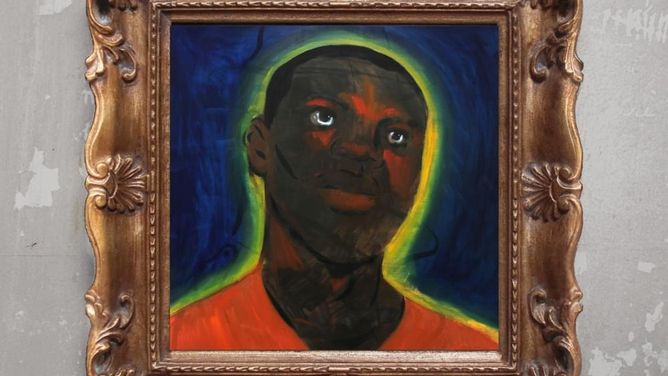 VIC MENSA and Chance the Rapper are finally back on wax together after nearly eight years. The two rappers join forces on Vic’s new song, “Shelter,” which also features Wyclef Jean and finds all three artists addressing our nation’s broken criminal justice system.

Vic released the song to help raise funds for Julius Jones, a former University of Oklahoma student who faces the death penalty in a first-degree murder case despite significant doubts about the evidence presented. Mensa references Jones' case on the song’s third verse:

Live from Death Row, free my n-gga Julius JonesI had a dream that Mumia was home, I speak freedom in song‘Cause all I see is racist facesWhere hate lives and they rape kids in cages

Vic also shouts out Mumia Abu-Jamal, a journalist and political activist who was sentenced to death for the 1981 murder of Philadelphia police officer Daniel Faulkner. He had his death penalty sentence overturned in 2011 in favor of life in prison, where he remains at age 66.

Meanwhile, Chance pays tribute to Philando Castile, a Black man who was shot and killed during a Minneapolis traffic stop in 2016, and Kenneth Walker, the boyfriend of Breonna Taylor:

Homeless in the home of the slaves, I wonder how that would feel?The manifested destiny, a bunch of land they could stealThink about Kenneth Walker and Philando CastileHow they only wanted to protect their family

Vic and Chance last released a song together in late 2013, linking up for the SoundCloud loosie “Suitcase.”

Read all the lyrics to Vic Mensa’s “Shelter” featuring Chance the Rapper and Wyclef Jean on Genius now.