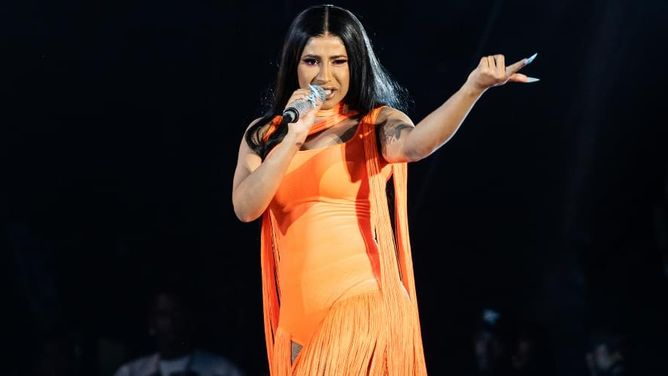 Cardi B’s Invasion of Privacy follow-up is one of 2021’s most-anticipated hip-hop releases, but the Bronx rapper is still ironing out the details. In a new interview with Zane Lowe, Cardi explained that she recorded over 50 songs for the project and feels pressure to put it out, but still hasn’t made final decisions.

Cardi noted that she’s conflicted about how to focus her project’s sound.

She also noted that the pandemic has made it difficult to lay concrete plans when things like tour and promo are still so uncertain.

“You want to go on tour after you drop your album… It’s hard, right now, also, to do music when nothing is happening,” she said. “We’re not doing nothing. What can I rap about? You’re not really doing sh-t. And I’m not a person that likes to talk about my sensitive feelings. I don’t like to always rap about when I’m super sad and everything.”

It’s worth noting that back in 2017, Cardi expressed similar hesitation about the release of Invasion of Privacyundefined, saying she felt pressured to build on the success of “Bodak Yellow.” That project went on to be a multi-Platinum smash.

Cardi’s sophomore album doesn’t have a release date yet, but she’s expected to drop it sometime this year. Catch up on all the lyrics to Invasion of Privacyundefined on Genius now.