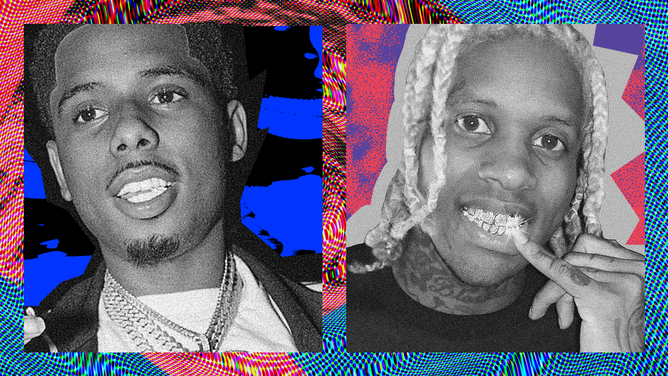 Memphis' latest rising star is Pooh Shiesty, a 21-year-old native of the city who is watching his late-2020 single, “Back in Blood,” rocket up the Billboard Hot 100 chart this year. It’s produced by frequent Moneybagg Yo collaborator, YC, and recently became Shiesty’s first Top 40 hit. But it wasn’t an overnight success.

It’s been an all-around breakout year for Pooh Shiesty, who kicked off 2021 watching “BeatBox 2,” his collaboration with Florida rapper SpotEmGottem, gain traction. “Back in Blood” first dropped in early November 2020 but started reaching critical mass at the top of 2021. Now, it’s averaging over 6,000 pageviews per day on Genius.

After gaining local fame in Memphis, Shiesty inked a deal with Gucci Mane’s New 1017 label in conjunction with Atlantic Records, a move that he says helped “save” him from becoming entangled in Memphis hip-hop’s ongoing beef between its stars Yo Gotti and Young Dolph. Instead, he got to focus on his craft and form connections in the industry under the tutelage of a rapper who also guided the early careers of artists like Young Thug and Migos. Shiesty released “Back in Blood” to a relatively quiet initial reception, with 400 pageviews in its first day and less than 5,000 total through the end of 2020.

Guwop wasn’t the only one to give Shiesty a boost; another rising MC would help the song reach new heights. Chicago rapper Lil Durk is already a veteran in the game, but he’s watched his own star rise since appearing on Drake’s “Laugh Now Cry Later” last year. His feature has proven to play a key role in the success of “Back in Blood,” both thanks to generally rising interest in his work as well as fan enthusiasm for a key line in his verse:

The two artists teamed up for the “Back in Blood” music video on January 2, just a few days after Durk’s own album, The Voice, had drummed up even more conversation. The video release coincided with the best one-day pageview total yet for “Back in Blood,” and it entered the Billboard Hot 100 chart the next week. Things would grow quickly from there, with “Back in Blood” creeping up the Hot 100 chart and seeing daily Genius pageview totals rise to more than 4,000 per day by the end of January.

Part of this increase appears to be attributed to a shocking video in a January 26 news report, which allegedly showed Shiesty engaged in a shootout in the parking lot of a South Florida apartment complex. The rapper turned himself in on charges of aggravated battery with a deadly weapon, and the case remains unresolved. However, due in part to the song’s rising success, Shiesty’s arrest was covered widely by music media outlets and correlates to a pageview spike in late January and early February on Genius as fans came to look for parallels with its gun-toting lyrics.

“Back in Blood” reached a new peak of No. 17 on this week’s Hot 100 after six weeks on the chart, a rapid climb into the Top 20 precipitated by both his headline-grabbing behavior and undeniable momentum. His February 4 appearance on Genius' Verified has racked up half-a-million YouTube views, showcasing strong interest in the song and its lyrics:

Now, Shiesty’s bubbling street rap hit sits in the Top 20, an impressive feat for an artist who just dropped his first mixtape this month. With some big names in his corner, 65,000 in first-week sales, and the chance to make a new lane in Memphis' rap scene, Pooh Shiesty could be his city’s next big star.

Catch up on all the lyrics to Pooh Shiesty’s “Back in Blood” featuring Lil Durk on Genius now.