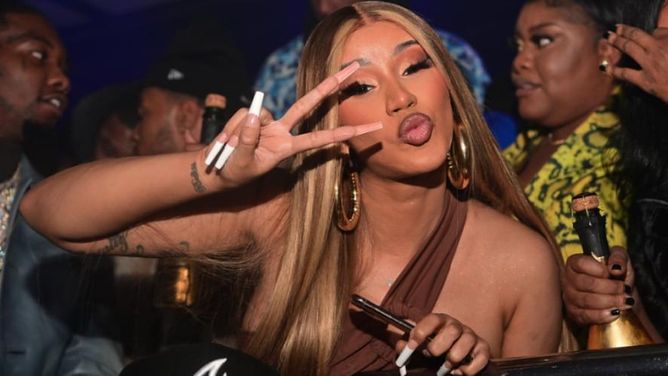 Cardi B’s two recent singles, “WAP” and “Up,” both saw a major boost thanks to TikTok. The Bronx rapper recently spent time boosting TikTokkers and other influencers who created content around her latest song. But while she’s grateful for the traction, she hit back at claims that she designs her records around going viral on TikTok.

The Bronx MC noted that her songs find a home on the platform naturally:

She also denied claims that she was pushing dance challenges, pointing out that she hasn’t engaged in common industry tactics like offering cash prizes for videos:

Pushing a song on social media apps, whether it’s TikTok, Snapchat, Instagram, or Triller, is nothing new in the music industry. Labels often pay influencers to promote songs on their accounts through dance challenges, lip syncs, or simply as background music. In many cases, these moves are highly calculated and designed to go viral in a way that appears natural to the average consumer.

However, an artist of Cardi’s caliber is often able to command this kind of attention simply by releasing music, especially if she’s sharing and boosting her favorite videos.

Artists approach social media in a variety of ways. Atlanta rapper Yung Baby Tate, whose single “I Am” recently blew up thanks to TikTok, recently told Genius that while the platform is a great way to share music, she doesn’t write songs to go viral.

“I don’t go into the studio, like, ‘All right guys, we got to get a TikTok moment right there,’” she said. “But I think that sometimes we might create something and I’m like, ‘Oh, this would go up on TikTok or this would do this.’ But in the end it’s really just about making good songs, whether they blow up on TikTok or not.”

Cardi clearly has strong feelings about being accused of chasing TikTok hits, but her statements also showcase the growing power of the platform for the music industry.

Catch up on all the lyrics to Cardi B’s latest single, “Up,” on Genius now.