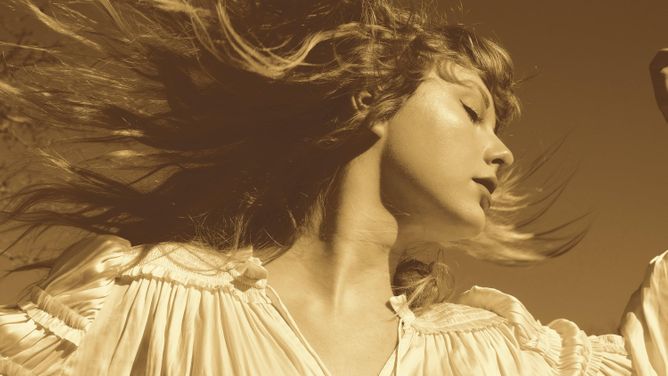 After going public with her battle over ownership of her master recordings in 2019, Taylor Swift is officially releasing her first of six re-recorded albums. Fearless (Taylor’s Version) includes every track from her 2008 album as well as six never-before-heard songs from that era. She’s putting out a new version of the project’s biggest hit, “Love Story,” tonight, with the full album seemingly slated for an April 9th release.

In a note posted on social media, Swift explained that the extra songs were all cut for various reasons (“don’t want too many breakup songs, don’t want too many downtempo songs, can’t fit that many songs on a physical cd”), but she wanted fans to hear the full version of the album as she intended:

The note also contains capital letters that spell out “April ninth,” which appears to be the release date for the new album. Swift released six albums under Big Machine Records, from 2006’s Taylor Swift through 2017’s reputation, and is planning to re-record and re-release all of them.

Fearless dropped in 2008 as Swift’s sophomore album. It saw her begin to explore pop sounds beyond the country stylings of her self-titled debut, and spawned hits like “Love Story” “You Belong With Me,” and “White Horse.”

Swift first announced plans to re-record her albums in August 2019, after revealing that Scooter Braun’s Ithaca Holdings had purchased her masters. Her three most recent albums—Lover, folklore, and evermore—were released on Republic Records, and Swift retains full ownership of the music on those projects.

Catch up on all the lyrics to Taylor Swift’s Fearlessundefined on Genius now.