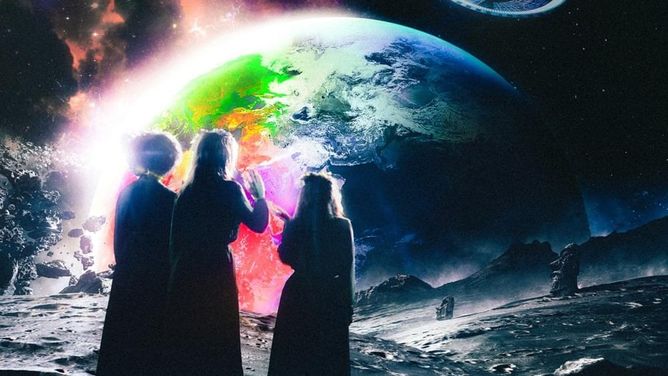 Lil Uzi Vert downplayed the success and quality of his 2020 album, Eternal Atake, during a conversation on Fat Joe’s Instagram Live on Thursday night. Although the album was a commercial and critical success, Uzi seems to believe it was below his standard, saying the album “wasn’t great” and merely “tolerable.”

“I say the music wasn’t that great for me, it would have been an amazing project for anyone else, but the music wasn’t that great,” said Uzi to Fat Joe. “It’s great ride music, and it could live, you know how sh-t goes, maybe in a little bit of time there’ll be a hit off there. Usually, my sh-t is automatic, and I had one or two great songs on there out of a whole f-cking deluxe and a whole album.”

Uzi added that for his next project, he’s going to be “taking my time.” He went on to acknowledge the toll leaks took on his music.

“I have no problem putting out a leaked song but sometimes that sh-t is personal, Joe,” said Uzi. “Sometimes it’s like, the time and everything, and, ‘Come on, Uzi, we need to drop’ and I didn’t want it to go on to three years. So I dropped this album and the music is tolerable. It’s not, ‘oh my god, this is sh-t’. The music is definitely there, it’s good production. But honestly, from Lil Uzi Vert, we expect a f-cking star, moon, spaceships, and the high above. We expect everything from him because I’m already giving off this persona. I have a f-cking pink diamond in the middle of my head, Joe. Everything is supposed to be going f-cking diamond.”

While Eternal Atake didn’t go diamond, it did go platinum. However, “Futsal Shuffle 2020” was the only song off the album that managed to go platinum, six other songs from the album and the deluxe went gold.

While those stats would be impressive for any artist, Uzi is right when to claim it’s not quite up to his high standards. His previous album, 2017’s Luv Is Rage 2, went double platinum and spawned three multi-platinum hits (including the 7x platinum “XO Tour Llif3”), two platinum hits, and seven gold records. Uzi is also right that some of his EA songs could turn into bigger hits in the future, but for the time being, his first album was bigger than his second album.

Read all the lyrics to Lil Uzi Vert’s Eternal Atake on Genius now.