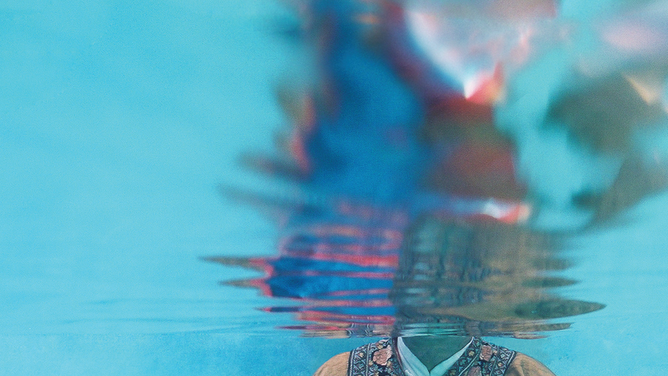 Today marks the 10-year anniversary of Frank Ocean’s debut mixtape, nostalgia, ULTRA, and some of his earliest collaborators reflected on the project’s recording and release process in a new oral history compiled by Complexundefined. One interesting tidbit is the quick turnaround time for “Swim Good,” which Midi Mafia’s Dirty Swift recalled came together in just a few minutes.

“We did ‘Swim Good’ in probably 10 minutes,” he said. “I don’t remember when he wrote it. It was probably one of those 5 a.m. sessions and we woke up the next day like, ‘This is crazy.’ At some point he’s like, ‘This is going on the tape.’”

“He’s like 20 or 21 at the time and he’s talking about Vietnam and all these crazy topics,” Swift explained. “He would read and fact-check stuff. He’d be on his computer, on Google, just getting all these ideas. He’d go down these rabbit holes, and it was such a hard time pitching those songs for other artists, because he would have these things in there and they wouldn’t even be able to grasp how deep it was. It was really hard for him to write for other people.”

Ocean’s lyrics also incorporate themes of cars and driving that have become a staple of his work, like when he sings:

That’s a pretty big trunk on my Lincoln town car, ain’t it?Big enough to take these broken hearts and put ‘em in itNow I’m drivin’ ‘round on the boulevard, trunk bleedin’And every time the cops pull me over, they don’t ever see themThey never see them

“He’s my favorite songwriter. I loved to wake up in the morning and be like, ‘Play me what you did last night,’” he said. “I’d be like, ‘Holy crap, this is amazing.’ ‘Swim Good’ was just another one of those.”

“Swim Good” remains the second-most-popular song from nostalgia, ULTRA on Genius, after “Novacane.” Both tracks were promoted as singles by Def Jam, but the entire tape never made its way to streaming services or commercial retailers. Still, it remains an essential early look at an artist who would draw widespread critical acclaim.

Read Complexundefinedundefined’s full oral history here and catch up on all the lyrics to Frank Ocean’s “Swim Good” on Genius now.