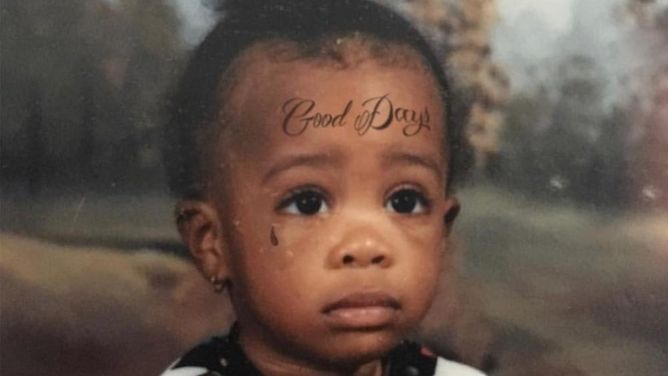 SZA is basking in the glow of “Good Days,” her late 2020 single that recently became her first Top 10 solo hit on the Billboard Hot 100 chart. But while the song is a major success, it wasn’t even meant to be a single. The New Jersey native recently told Billboardundefined that the song’s hit trajectory wasn’t anything like what she had in mind.

“I had learned that ["Good Days”] wasn’t meant to be a single. It was a song that I threw at the end of ‘Hit Different,’ because I liked it,“ SZA said. "The fact that it became a single… I don’t know. It’s like my trajectory is out of my hands. All I can do is stay creative, try to be honest, do work and not be lazy. So I’m trying to be my best. That’s all I can do—my literal best. If I hear a song, now I wanna make it the best song that it can be. I might be overanalyzing that, but we’ll see when it comes out.”

Although she may not have viewed “Good Days” as single material, fans sure did. They’ve streamed the song 133 million times on Spotify alone, nearly double the number of times as “Hit Different.” It hit No. 9 on the Hot 100 chart, the highest chart position of her career outside the Kendrick Lamar collaboration “All the Stars” from the Black Panther soundtrack. Before that, she had managed to reach No. 29 with “Hit Different” and her Ctrl breakout, “The Weekend,” another song that SZA said was never meant to be a single.

A “Good Days” music video is still in the works, with the chance to give SZA’s song another boost. Although her long-awaited sophomore album doesn’t have a release date just yet, the success of her latest single has created an eager sense of anticipation. SZA told Billboard that she’s trying to embrace the mystery.

“I’m just grateful that God put me in a position to touch or be of service to other people even if I don’t understand it,” she said. “The ways I think I can be of service are not adequate, so this is a cool way that’s really unbeknownst to me. I have no idea of the effects or how or why people connect to [my music] the way they do. I’m just grateful to be around.”

Read SZA’s full Billboardundefinedundefined interview here and catch up on all the lyrics to SZA’s “Good Days” on Genius now.