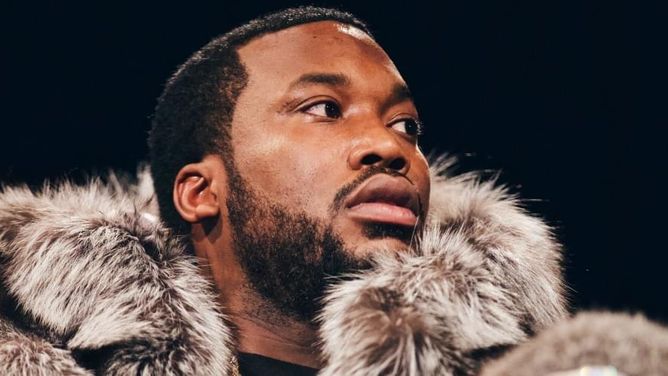 Meek Mill is facing backlash online after fans caught wind of lyrics on an unreleased Lil Baby collaboration that recently circulated on social media. On his verse, Meek drops a reference to the late Kobe Bryant that many fans called disrespectful:

Yeah, and if I ever lack, I’m goin' out with my chopper, it be another Kobe

This references the January 2020 helicopter crash that killed basketball star Kobe Bryant and his young daughter Gianna. Although it seems unlikely that Meek is trying to intentionally disrespect Bryant, many didn’t view the reference as an honorable tribute.

Fans sounded off on Twitter after the song surfaced, hitting Meek with some widely shared jokes:

However, the moment also sparked a more serious discussion about artists' responsibility for their lyrics. Some pointed out that Kobe’s wife, Vanessa Bryant, asked the NBA not to hold tributes to her late husband on the one-year anniversary of his death. They wondered if hearing Meek’s words could be painful for Kobe’s family.

Others noted the gray area by pointing to similar lyrics by rising Memphis rapper Pooh Shiesty, who referenced Bryant’s death on his 2020 song, “Main Slime.” However, as a major figure in hip-hop and someone who has positioned himself as a leader and voice for the community, expectations for Meek are different than a young street rapper.

Similar conversations about what constitutes “too far” in hip-hop previously emerged around Pusha-T and Drake’s rap beef and Troy Ave lyrics about the death of Capital Steez. A few fans drew comparisons between these events, saying rap often addresses sensitive topics:

Meek himself seemed offered a curt response without directly referencing the issue at hand:

However, the song soon disappeared from social media and streaming services after being hit with copyright takedowns. It mostly popped up on hip-hop-centric social media accounts and was never officially shared by Meek or Baby, so any plans for its future release remain unclear.

Meek previously referenced Kobe on songs like “Believe It” and “Jump Out the Face” during the late athlete’s lifetime.

Catch up on all the lyrics to Meek Mill’s biggest hits on Genius now.