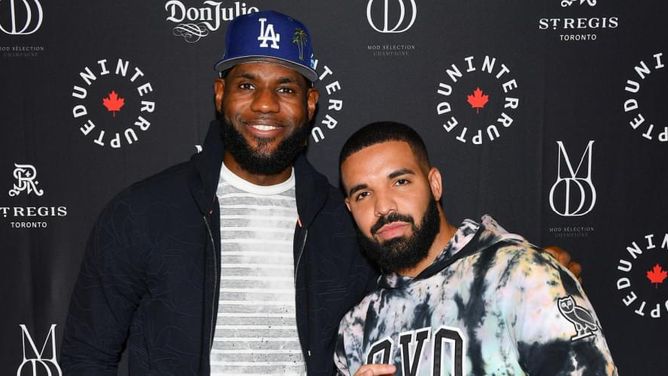 Over the past few years, LeBron James has turned into one of hip-hop’s biggest boosters, from promoting rising artists to helping A&R a 2 Chainz album. Now, he’s thinking about putting his own stamp on the industry. In a recent tweet, James raised the possibility of releasing his own rap album. Rather than picking up the mic himself, he’d serve as a sort of A&R for the project and recruit some of his famous friends:

‘Bron certainly would have many options to choose from based on his history with rap. Back in 2016, he helped make Kendrick Lamar’s untitled, unmastered.undefined a reality. He guided Mike WiLL Made-It’s Ransom 2, helped A&R 2 Chainz’s Rap or Go to the League, become buddies with the likes of Drake and Meek Mill, and co-starred in a commercial with Lil Yachty.

He’s become a sounding board for some of rap’s biggest names, who often send him music before its release to get his opinions and (eventually) promote it to his millions of followers. He’s also proven to be a major booster of rising stars, playing a major role in helping Tee Grizzley’s “First Day Out” go viral back in 2017.

It’s worth noting that James is set to star in upcoming Space Jam sequel. The soundtrack for the original 1996 film featured hip-hop and R&B acts like R. Kelly, Busta Rhymes, Hip Hop, Coolio, JAY-Z, and Monica. It’s always possible that he could help curate the soundtrack.

Whether a LeBron rap album will come to fruition or not remains to be seen, but the NBA star has clearly made a lane for himself in hip-hop.