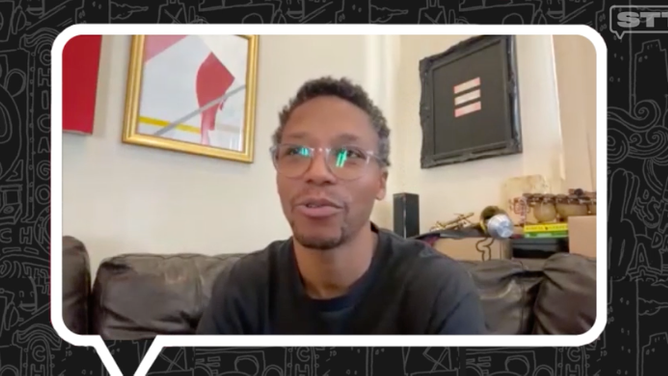 Lupe Fiasco recently sat down with The Coda Collectionundefined for a conversation about his career with journalist Andrew Barber, and the Chicago rapper touched on his relationship with Kanye West. Lupe noted that he had been working with Kanye well before the general public knew both of their names and how he’ll always honor Kanye because he watched him struggle to the top.

According to Lupe, he met Kanye shortly after ‘Ye produced Beanie Sigel’s 2000 song “The Truth”—the first Roc-A-Fella placement for the then-young producer. In the early 2000s, Kanye would come by Lupe’s apartment to get his thoughts on verses and even produce some songs for him.

“I was going to sign to Roc-A-Fella before he did,” said Lupe, who added that everyone’s path to stardom isn’t as linear as some might think.

Lupe told a story about how a young Kanye was shut down by an infamous industry executive who trashed his rap skills.

“We brought ‘Ye into Arista to showcase for L.A. Reid before Roc-A-Fella,” explained Lupe. “Stack Bundles was sitting there, imagine it’s me, Stack Bundles, Kanye, and L.A. Reid in the office. When [Kanye] stopped [rapping], L.A. was like, 'You should stick to making music, stick to making beats.’”

Despite Reid’s comments, Kanye’s rap career took off in 2004 with the release of his debut album, The College Dropout. When it came time for Kanye’s follow-up, 2005’s Late Registration, Lupe had already built a buzz around Chicago thanks in part to mixtape songs like “Conflict Diamonds” and “Muhammed Walks” where he rapped over Kanye beats. This is how Lupe ended up with a guest spot on “Touch The Sky.”

For many fans, Lupe’s “Touch The Sky” verse was their introduction to the young rhymer, making it seem like Kanye was the sly veteran giving a newcomer a boost. While Kanye’s star power was undeniable, the reality was ‘Ye and Lupe were more like contemporaries whose careers took off a few years apart.

Check out the full Lupe Fiasco interview with The Coda Collection here.