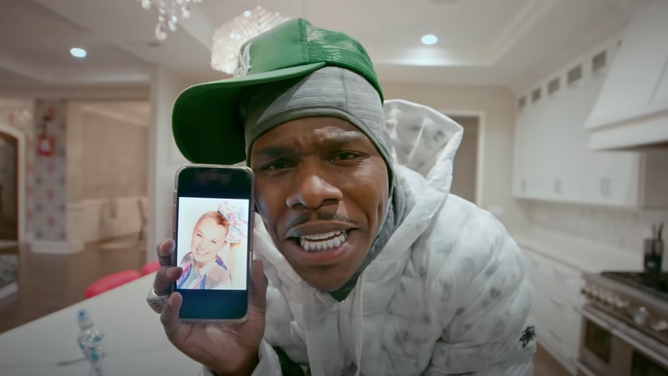 Last week, DaBaby released his “Beatbox Freestyle” but some of the song’s lyrics left fans scratching their heads. The North Carolina rapper seemingly dissed 17-year-old YouTube personality/dancer/singer JoJo Siwa on the track, sparking anger and confusion on Twitter as fans wondered what would prompt him to target a teenage girl. DaBaby now says his lyrics were misinterpreted on social media, and he wasn’t trying to diss Siwa at all.

On the song, DaBaby raps:

Over the weekend, DaBaby tried to clarify his intentions on Twitter, saying he was using “Siwa” as a homophone for “see why.” DaBaby’s real name is Jonathan, and his nickname is JoJo. By his telling, the lyric should actually be interpreted as “Jonathan see why" rather than an attempt to use her name as a diss or target her directly:

DaBaby also tweeted directly to JoJo Siwa, saying that his daughter is a big fan of hers and that it was “all love” and to “keep shining”:

While DaBaby says he didn’t intend to diss JoJo Siwa, the presentation of the lyrics, coupled with him holding up a photo of her in the song’s music video, clearly left many fans confused.

Read all the lyrics to DaBaby’s “Beatbox Freestyle” on Genius now.